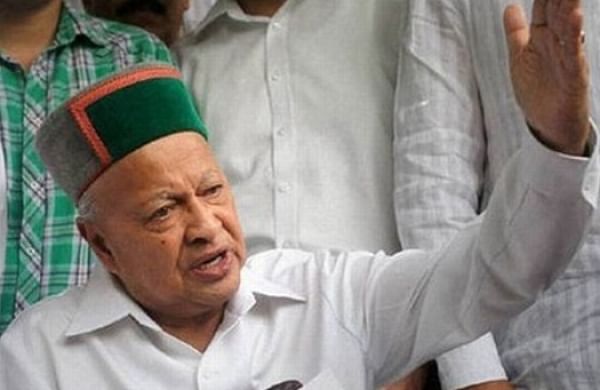 NEW DELHI: A Delhi court has abated the proceedings against former Himachal Pradesh Chief Minister Virbhadra Singh in two cases filed by the CBI and the ED respectively in relation to alleged disproportionate assets of over Rs 10 crore, in view of his demise.

Special Judge Geetanjli Goel passed the order on August 2 after the counsel for Singh informed the court about politician's death on July 8 and placed on record his death certificate.

While in the corruption case lodged by the CBI, the court was scheduled to record the evidence, the money laundering case filed by the Enforcement Directorate (ED) was listed for framing of charge.

The cases against other accused persons, including Singh's wife Pratibha Singh, will continue.

The veteran Congress leader and others had claimed innocence and said that instead of pleading guilty they would face trial.

In the case filed by the CBI, the court had in February 2019 framed charges of alleged criminal misconduct and amassing disproportionate assets of over Rs 10 crore against Singh, and others, saying he intended to cause loss to the tax authorities by presenting unaccounted money as sale proceeds of apples.

Apart from the two offences under the Prevention of Corruption (PC) Act, the court had said that prima facie charges of alleged forgery and attempt to cheat under the IPC were also made out against the former Union minister.

The court had also framed charges against Pratibha Singh, and seven others for allegedly abetting in the offences.

The punishment for the offences of criminal misconduct and disproportionate assets under the PC Act range between one to seven years jail term, forgery under IPC entails a maximum of two years imprisonment and the offence of cheating could lead to a maximum sentence of seven years.

CBI had registered the case against Singh and others for allegedly amassing assets worth around Rs 10 crore disproportionate to their known source of income when he was the Union Minister in the UPA government.

A charge sheet running into over 500 pages, filed in the court, claimed that Singh had amassed assets worth around Rs 10 crore which were disproportionate by 192 per cent of his total income during his tenure as a Union Minister.

The final report, filed against nine people for alleged offences punishable under section 109 (abetment) and 465 (punishment for forgery) of IPC and Prevention of Corruption Act, arrayed around 225 witnesses and 442 documents.

The ED had filed a case of money laundering against Singh and others based on the CBI case.

The matter was transferred by the Supreme Court from the Himachal Pradesh High Court to the Delhi High Court, which on April 6, 2016 had asked the CBI not to arrest Singh and had directed him to join the probe.