Covaxin found to be effective against most Covid variants; expert says result "not surprising" 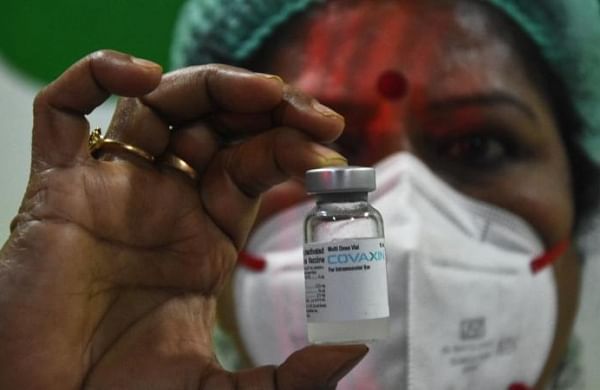 NEW DELHI: Bharat Biotech and ICMR on Wednesday announced results of the phase 3 efficacy trial of Covaxin, India's first and only indigenously developed Covid19 vaccine so far, and said that it has an overall 78 % interim clinical efficacy and 100 % efficacy against serious disease.

ICMR under the Union ministry of health and family welfare, which is co-developer of the vaccine, also said that the vaccine has been found to effectively neutralise "most variants" of SARS CoV 2 including the UK,  Brazilian and even the double mutant strain, now rampant in few states including Maharashtra.

In a joint statement, the Hyderabad-based vaccine maker and  ICMR said that the latest efficacy results are based on the second interim analysis, which included 87 symptomatic cases of Covid-19.

Due to the recent surge in cases, 127 symptomatic cases were recorded, resulting in a point estimate of vaccine efficacy of 78% against mild, moderate, and severe Covid-19 disease, they announced.

The statement however added that safety and efficacy results from the final analysis will be available in June and only then the final report will be submitted for a peer-reviewed publication.

Based on the achievement of the success criteria, placebo recipients have now become eligible to receive two doses of Covaxin, it was also declared.

The phase 3 study enrolled 25800 participants between 18-98 years of age, including 10% over the age of 60, with analysis conducted 14 days after the second dose.

Balram Bhargava, director-general of ICMR, said he was happy to note that the vaccine works well against most variants of SARS-CoV-2. "These findings together consolidate the position of our indigenous vaccine in the global vaccine landscape," he added.

When asked, some vaccine experts said the news that the vaccine has been found effective against the mutant virus is along "expected lines".

"Speaking purely from the scientific point of view, the discovery is not surprising as Covaxin is based on inactivated SARS CoV 2," said senior immunologist Seyed Hasnain.

"While most other vaccines including those by Pfizer, Moderna and AstraZeneca mainly target only spike protein which is fast mutating in case of this virus, Covaxin has seven viral proteins in it that will trigger a much more wholesome immune response," he said.

Hasnain added that traditionally, vaccines based on whole inactivated viruses, have shown to work better in case of viral diseases such as polio.