COVID-19: After Himachal government reopens state for tourists, not many functioning 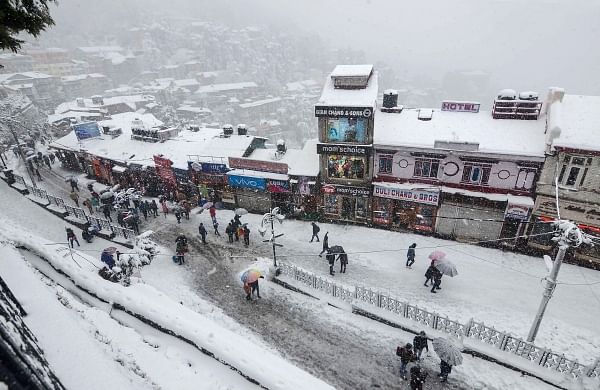 SHIMLA: The Himachal Pradesh government last week reopened the state for tourists after over three months with conditions, but not many hotels have started functioning yet.

The entry of tourists in Himachal Pradesh was banned in March to check spread of novel coronavirus.

The Tourism Department on Saturday issued a standard operating procedure (SOP) with which the tourists are allowed to enter Himachal with conditions such as a report by an ICMR-accredited laboratory not earlier than 72 hours, testing negative for COVID-19 and a prior hotel booking of at least five days.

Such tourists will also have to register online with the state government before entering the state, the state tourism director Yunus Khan said.

The president of tourism industry stakeholder association, Mohinder Seth, welcomed the decision and said the association was providing training to hotel staff for taking precautions while receiving tourists.

He said the majority of the hotels in the state have not yet opened as they are preparing to receive the tourists.

Moreover, the hotels in the state usually remain closed for one month, from March 15 to April 15, for annual maintenance which could not be done this year due to the coronavirus induced lockdown, he added.

It may take some more time for us to train the hotel staff and complete the maintenance work, following which hotels in the state will be opened for the tourists, he added.

Kasauli Hoteliers Association president Rajendra Chopra said they would hold a meeting to decide about opening of hotels in Kasauli, whereas Chail hotel association president Devendra Sharma urged the Tourism Department to upload the conditions for tourists on its website.

Tourism Department Director Yunus Khan told PTI that some of the hotels in the state are open.

He said 507 tourists have entered the state after registering online as of Tuesday afternoon.

The tourists have to register within 48 hours for visiting the state, he added.

Some of them might have booking of government hotels and others might be of private hotels as some of them are open, he added.

Meanwhile a number of tourists have been turned back in the last three days at the interstate border at Parwanoo as they were not fulfilling the conditions, officials said.

However their exact number could not be known.

Kullu Superintendent of Police Gaurav Singh told PTI that as many as 49 tourists tried to enter Kullu district without any COVID-19 negative report in the last three days.

They were turned back as they did not fulfil the required conditions, he added.

Majority of these tourists were from Punjab, Haryana and Chandigarh, he said adding that three of them were also from Telangana.

The SP said that three tourists from Chandigarh had even insisted on entering Kullu district on the basis of OPD slips issued by a Chandigarh hospital of being asymptomatic.