COVID-19: SC dismisses plea for direction to authorities not to identify persons based on religion 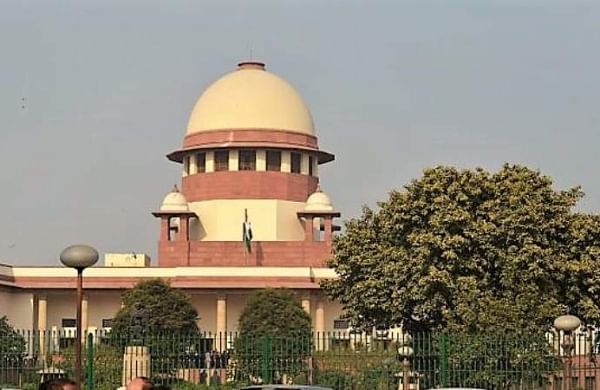 NEW DELHI: The Supreme Court Friday dismissed a plea seeking directions to the Centre, Delhi government and others not to identify persons based on religion, caste, community and religious identity with regard to COVID-19 related information.

A bench headed by Justice Ashok Bhushan refused to entertain the plea which had sought directions to the authorities concerned to stop the dissemination of information of coronavirus or other epidemic disease on the basis of religion, caste, community, religious identity or communal classification.

The plea, filed by two Delhi-based residents, also sought directions to the authorities to identify persons, organisations, websites and media houses who have either authored, shared and aided in circulation of such information.

It said the authorities should immediately block such websites and remove the offending materials on the internet and take action under the Information Technology Act against those who are spreading communal hatred, creating problem for public order.

The plea referred to the Tablighi Jamaat congregation here in March this year and said the incident had made national headline and certain section of media, instead of exercising restraint, reported it with "communal colour".

"It was thus apparent that the unfortunate incident of the Tablighi Jamaat was being used to demonise and blame the entire Muslim community and this Tablighi Jamaat story is just another way of the government to distract with its own policy failures," the plea had alleged.

At least 9,000 people had participated in the religious gathering at Tablighi Jamaat's headquarters in Nizamuddin West here in March and it was alleged that the congregation became a key source for spread of COVID-19 in India as many of the participants had travelled to various parts of the country for missionary works.

The plea had also claimed that several videos and fake news were circulated on different social media platforms which resulted in "vilification" of the Muslim community because of its religious identity.

What came as an utter shock was that "Arvind Kejriwal in the capacity of chief minister of Delhi supported such reporting by the medium of his tweets and other modes by naming affected cases deliberately as a separate caption 'Masjid Markaz'," it alleged.