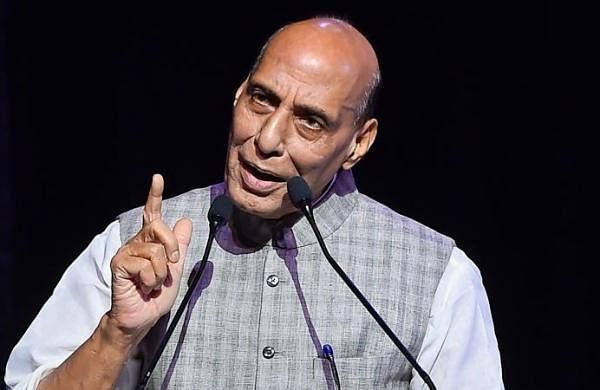 LUCKNOW: Defence Minister Rajnath Singh on Saturday said the coronavirus pandemic and Russia-Ukraine war have caused price rise and the government has taken several steps to tackle the challenge.

Even developed countries like the USA and China are not untouched by inflation, he said according to a press release.

"Inflation has increased in the country due to coronavirus and the Ukraine crisis," he said addressing a programme organised by the Lucknow Intellectual Foundation Addressing a Financial Markets Workshop organised by the Indian Institute of Chartered Accountants, Rajnath Singh said the economy has been affected due to COVID-19, prices have increased slightly and steps have been taken to deal with the challenges.

The Reserve Bank has also taken steps to reduce inflation, whose results will be out soon, he said. "Many agency surveys are showing that India is the fastest growing economy. Our government has signed a major free trade agreement with Australia," he said.

According to the press release, Rajnath also claimed that efforts made by the BJP government to check the coronavirus crisis have been appreciated by the World Health Organization.

Ever since the Modi government was formed in 2014, India's credibility on the world stage has increased and now the whole world listens carefully to what India says, he said, adding that all this has happened because of the strong leadership of Prime Minister Narendra Modi.

Singh said India is currently the sixth largest economy in the world and the vision is to be named among the top three economies in the world in coming 10 years.

Singh, who took part in a number of programmes, discussed development projects in Lucknow and said six flyovers have been built here and five new ones have been approved. He said officials have been asked to complete the work at the earliest.