Crowds of migrant workers waiting to board trains in Mumbai 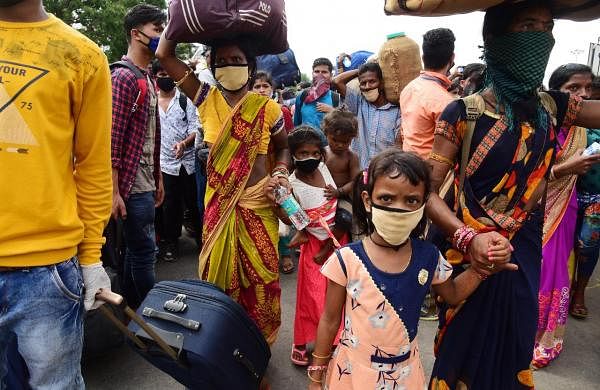 MUMBAI: Hundreds of migrant labourers were seen outside major railway stations in Mumbai and in surrounding region on Tuesday, expecting to board north-bound trains.

Shramik speicial trains were scheduled to leave from these stations, a police official said, admitting that it was impossible to enforce social distancing in such situations. Police were deployed in large numbers at all these stations, he added.

NCP leader and Maharashtra Minority Affairs Minister Nawab Malik claimed that the railway ministry had earlier promised 49 trains from LTT -- from where many Bihar and UP- bound trains normally leave.

However, railway officials later said only 16 trains will depart, which led to swelling of crowd, Malik alleged.