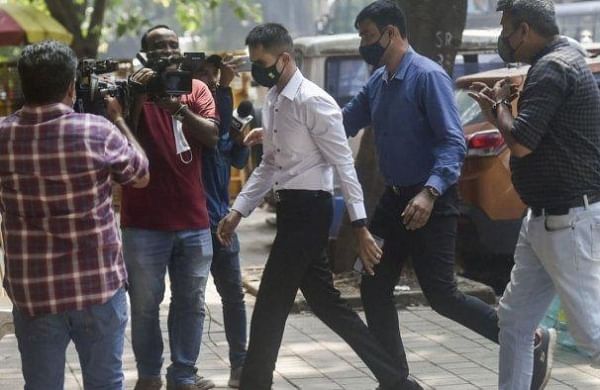 MUMBAI: A lawyer on Monday approached the Mumbai police with a complaint seeking registration of an FIR against Narcotics Control Bureau (NCB) zonal director Sameer Wankhede and five others on charge of alleged extortion in connection with the drugs-on-cruise case, an official said.

According to the official, lawyer Sudha Dwivedi submitted the written complaint at the MRA Marg police station and also to offices of Joint Commissioner of Police (Crime) Milind Bharambhe and the state Anti-Corruption Bureau.

In the complaint, Dwivedi has demanded registration of FIR against Wankhede and five others, including NCB witnesses in the drugs case Prabhakar Sail and KP Gosavi, and a person named Sam D'Souza over alleged extortion charge.

"We have received the complaint, but no FIR has been registered till now," another official said.

The complaint comes a day after Sail claimed an extortion bid of Rs 25 crore by some NCB officials, including Wankhede, and others for letting off accused Aryan Khan, son of actor Shah Rukh Khan, in the drugs case.

Sail said he was the bodyguard of another witness in the case, Gosavi, who is absconding after the NCB raids that were conducted on October 3 at the cruise terminal on Mumbai's coast leading to the arrest of as many as 20 people, including Aryan Khan.

Wankhede has denied the allegations being made against him in this case. Earlier in the day, the IRS officer and the NCB filed two separate affidavits before a special court against the allegations of extortion attempt levelled against them.

Wankhede, in his affidavit submitted to the court, refuted the allegations levelled against him, and claimed he was under a "lurking threat of arrest as it does not suit some vested interests for conducting an honest and impartial investigation".

However, the special court said it cannot pass a blanket order barring courts from taking cognizance of an affidavit prepared by Sail in which he has made allegations of extortion attempt by Wankhede and others.