Curfew in Jharkhand's Lohardaga after violence at pro-CAA rally 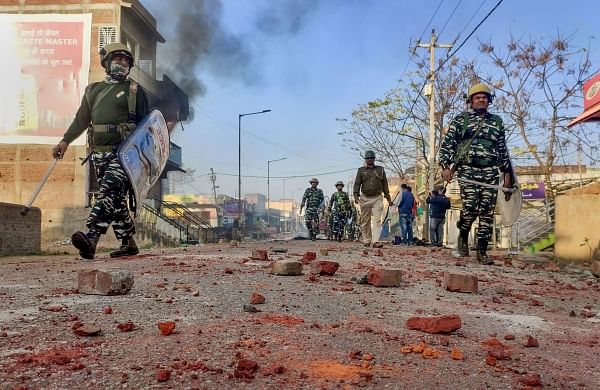 LOHARDAGA: Curfew has been imposed in Jharkhand's Lohardaga district following violence at a pro-CAA rally on Thursday, an official statement said. Stones were hurled at a rally taken out in support of the Citizenship Amendment Act (CAA) in the Amlatoli Chowk area, sparking tensions, police said.

Some two-wheelers were set on fire following the attack, they said. Curfew has been imposed in the entire district in the wake of law and order problems, the statement said on Friday.

The district magistrate, in the statement, appealed to the people to maintain peace and not lend an ear to rumors, warning of stringent action against anyone indulging in arson or ransacking.

The administration has urged people to inform about any untoward situation at 06526-222513 or 100. Security has been beefed up across the district following the incident, police said.

(THE NEW INDIAN EXPRESS)
67 Days ago