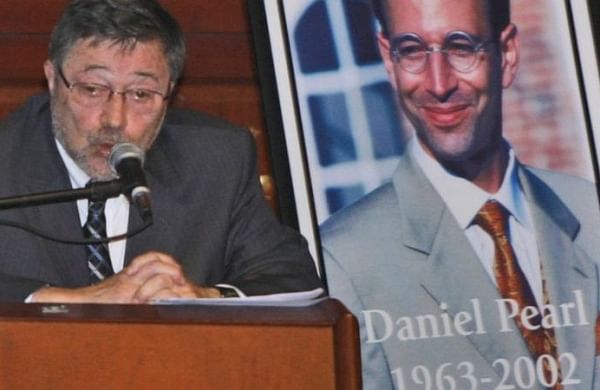 ISLAMABAD: The Pakistan Supreme Court has fixed the hearing of the murder case of American journalist Daniel Pearl for June 1, it was reported.

On Thursday, Chief Justice of Pakistan Gulzar Ahmed constituted a three-judge special bench that would hear the Sindh government and the appeal of Pearl's parents against the Sindh High Court's (SHC) judgment regarding the acquitting of the key accused, The Express Tribune reported.

On April 2, the SHC had commuted the death sentence of Ahmed Omar Saeed Sheikh, the man convicted of kidnapping and murdering the journalist in 2002, to a seven-year sentence.

The court had also acquitted three others who had been awarded life imprisonment in the case.

The order came almost two decades after they were found guilty and subsequently jailed.

The slain journalist's parents had approached the Supreme Court against the SHC's verdict.

Two criminal petitions have been filed on behalf of Pearl's parents.

The petition states that the SHC "failed to note that this was a brutal murder" and a result of international terrorism, and the principle of the standard of proof, as well as the benefit of the doubt in cases of international terrorism, has to be applied keeping in context that the nature and type of evidence available in such terrorism cases cannot be equated with cases involving non-terrorism crimes.

Pearl was South Asia bureau chief for The Wall Street Journal when he was abducted in Karachi in January 2002 while researching a story about religious extremism.

A graphic video showing his decapitation was delivered to the US consulate nearly a month later.