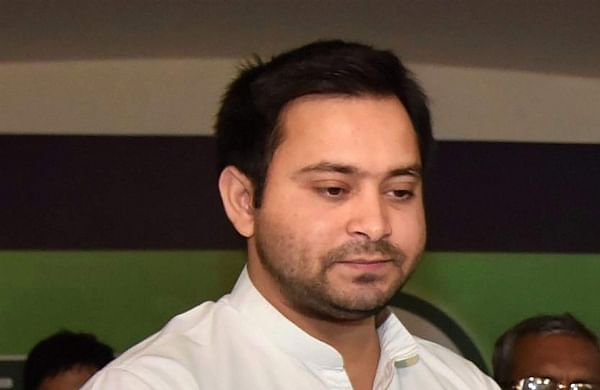 PATNA: RJD leader Tejashwi Yadav on Tuesday said his party was looking forward to contesting the upcoming Delhi assembly polls in alliance with the Congress, with which it has shared a long partnership in Bihar and on the national level.

Yadav, who is party supremo Lalu Prasads younger son and heir apparent, said his party would like to concentrate on seats which had a high concentration of people from Bihar and Purvanchal (eastern Uttar Pradesh) and underscored that the RJD has met with some success in Delhi in the past.

"Our in-charge for the polls Manoj Jha (national spokesman and Rajya Sabha member) is in touch with the Congress. We hope to get a respectable share of seats and contest in alliance", Yadav told reporters here.

He, however, parried questions about reports that the RJD wanted five seats in the 70-strong assembly while the Congress was ready to part with no more than three saying "it is for Jha to say since I am not a part of the parleys".

"There are seats in Delhi where Biharis and Purvanchalis are in significant numbers. We would like to contest some of these. We have also registered victories in the past", he added.

Notably, RJD leader Asif Muhammad Khan had won the Okhla seat in 2009 but switched over to the Congress afterwards.

Elections in Delhi will be held on February 8 in a single phase and the results will be announced on February 11.

Speaking before he left for Gaya, where he took part in an anti-CAA protest held on the same day a rally was addressed by Uttar Pradesh Chief Minister Yogi Adityanath in support of the contentious legislation, Yadav said "he is coming here to spew venom. He would have done better to pay more attention to his own state".

(THE NEW INDIAN EXPRESS)
207 Days ago