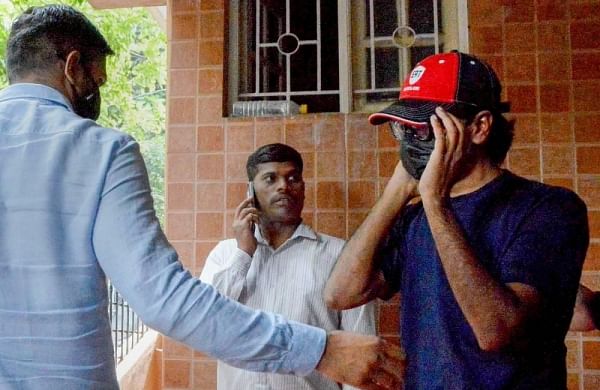 NEW DELHI: The Delhi High Court on Friday sought the stand of Delhi police on a plea by Alt News co-founder Mohammed Zubair challenging the legality of his police remand in a case related to an alleged objectionable tweet he had posted in 2018 against a Hindu deity.

Justice Sanjeev Narula issued notice on the petition and granted two weeks to the investigating agency to file its response to the petition which challenges the legality and proprietary of the trial court's June 28 order granting four days of custody of Zubair to the police.

The judge listed the case for further hearing on July 27 and said that proceedings before the trial court would continue without being influenced by the present proceedings.

The court noted that the remand order would expire on July 2 and said, "The police remand order is for four days. I will have to hear the other side. I will issue notice".

Zubair was arrested by the Delhi Police on June 27 for allegedly hurting religious sentiments through one of his tweets and was sent to one-day police custody by the trial court on the same day.

After being produced on the expiry of his one-day custodial interrogation, his custody was extended by another four days by Chief Metropolitan Magistrate Snigdha Sarvaria.

As per the trial court's order, Zubair would be next produced before it on July 2 upon the expiry of the four days of police remand.

Earlier this month, a case against Zubair was registered under sections 153A (promoting enmity between different groups on grounds of religion, race, place of birth, language, etc.) and 295A (deliberate and malicious act intended to outrage religious feelings) of the Indian Penal Code (IPC).

Police said the case was registered on the complaint of a Twitter user who accused him of hurting religious sentiments.

Police, while seeking an extension of Zubair's custody by five days, had told the trial court that the accused was allegedly following a trend where he used religious tweets in an effort to get famous and that there was a deliberate effort to create social disharmony and hurt religious feelings.

The investigating agency had also said that the accused joined the probe but did not cooperate and various material from his phone was deleted.

Advocate Vrinda Grover, appearing for the accused, had opposed the police plea alleging that the agency had called Zubair for questioning in some other case but he was arrested in the present case in haste.

Zubair's counsel had also said that the photo which the accused used in the tweets is of an old Hindi film from 1983 by Hrishikesh Mukherjee, 'Kissi Se Na Kehna', and that the film was not banned.

The trial court had, however, rejected the submission saying it was of no assistance to the accused at this stage.

"Considering that mobile phone/laptop of accused used by him for posting the tweet in question is to be recovered at the instance of accused Mohammed Zubair from his Bangalore residence and that accused has remained non-cooperative and the disclosure statement on record, four days PC (police custody) remand of accused is granted since accused is to be taken to Bangalore," the trial court had said in a 3-page order.