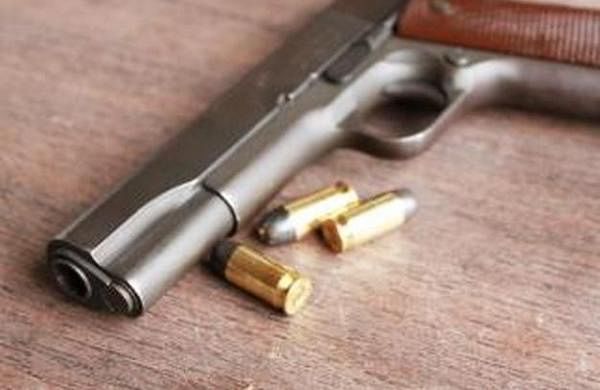 NEW DELHI: A 30-year-old civil defence volunteer accidentally shot himself and then cooked up a story of being shot allegedly by two bike-borne men in south Delhi's Neb Sarai area to mislead investigators, police said on Thursday.

Sujeet Kumar, who also works as a driver, lives with his wife and a 10-year-old son at a rented house in Indira Enclave of Neb Sarai area, they said.

Kumar is presently undergoing treatment at the AIIMS Trauma Centre here and slated to be out of danger, he said.

On Wednesday, Kumar accidently shot himself and then made a PCR call, informing police that he was shot in the left knee by two men on a motorcycle near his house, police said.

During enquiry, Kumar told the police that he was smoking a cigarette at the corner of a park near his house when two men riding a motorcycle came there.

They had an argument over a a petty issue following which they fired at him and fled the spot, a senior police officer said.

A case was registered under relevant sections of the IPC and Arms Act.

During the interrogation that followed, it was found that Kumar did not respond to questions properly and kept diverting the investigators, police said.

However, a witness told the police that neither did he notice any firing nor hear any sound, the officer said, adding that the police team also did not find any blood at the spot.

The police found that Kumar's wife Anshu had locked her room and left the house without informing anyone.

When she was contacted, she did not join the enquiry nor attend to phone calls from the police, he said.

A CCTV footage of the area showed the only motorcycle entering the area at the time of incident had not been identified by Kumar, he added.

Kumar was then re-examined at length during which he confessed that he had a fight with the men living in the neighbourhood 15 days back and identified them as Sumit, Arjun and Vicky.

"During interrogation, the boys disclosed that on Wednesday morning, Kumar was carrying a pistol and had shown it to them.

Kumar then took it inside his room and after a few minutes he and his wife came out of the room and Kumar had a bullet injury.

"They offered to help him but he denied and instead made a call to the police. They also saw his wife taking the pistol with her and leaving her room locked," he said.

After the incident, Kumar's wife went missing but she was traced and found at a distant relative's home nearby in the same colony, police said.

"When questioned, she disclosed that her husband had accidentally shot himself. He had acquired the pistol from a friend named Amit Kundu. After the incident, she left her room and went to her relative's place with the pistol and hide it there. She confessed that she did all this to save her husband," Thakur said.

The pistol along with three live cartridges was recovered, police said.

Suitable action will also be taken against Kumar, who is presently hospitalised and was previously involved in three cases, including that of murder and Arms Act in 2016 in Ghaziabad district, police said.

Kumar had also been in judicial custody in Dasna Jail from September, 2016 to March, 2019, they added.