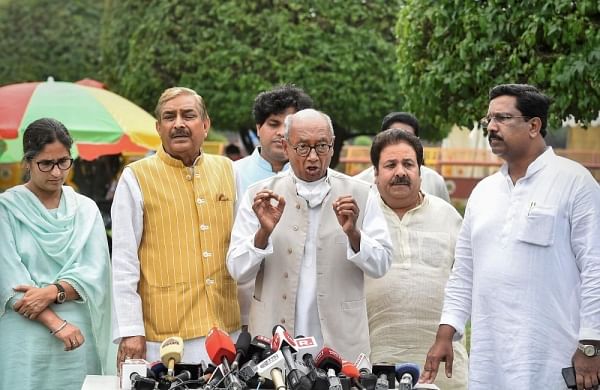 NEW DELHI: The Delhi Police has denied permission to the Congress for holding a protest in the national capital on Friday, citing that prohibitory orders are in place in New Delhi district, officials said.

The Congress has planned a mass protest against price rise, unemployment and the GST hike on essential items on August 5.

It will take out a march to the Rashtrapati Bhavan and 'gherao' the prime minister's residence as part of the protest.

The Delhi Police, in a letter to All India Congress Committee (AICC) General Secretary K C Venugopal, refused permission to the party for holding the protest, citing that prohibitory orders under Section 144 of the Criminal Procedure Code (CrPC) have been imposed in New Delhi district, the officials said on Friday.

"Information has been received through reliable sources that you along with your supporters are going to hold the protest on Friday.

"Any violation of the direction may invite legal action against you," it stated.

The police have made special arrangements and diversions will be suggested based on expected spots of congestion on major roads.

The advisory suggested that the commuters using vehicles are requested to plan their journey in advance accordingly for their convenience.

"Special arrangements have been made and necessary diversions have been suggested on expected congestion points. We have made all the contingency arrangements for all types of situations, and we will ensure that least inconvenience is caused to the public," Special Commissioner of Police (Traffic) S S Yadav had said on Thursday.

Congress has planned a mass protest against price rise, unemployment and GST rate hike on essential items on August 5.

It will take out a march towards the Rashtrapati Bhavan and gherao the prime minister's residence as part of the protest.