Denial of speedy justice is threat to public confidence in its administration: SC 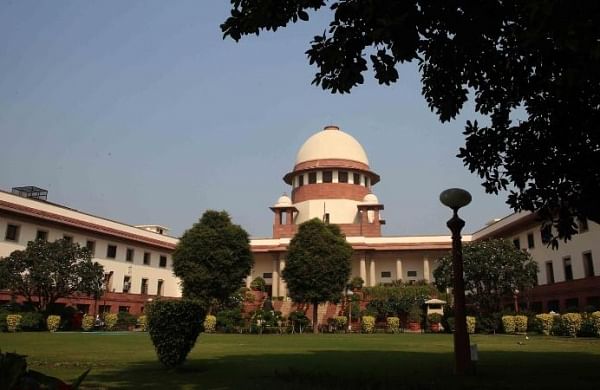 NEW DELHI: Denial of speedy justice is a 'threat' to public confidence in administration of justice and the courts would ordinarily be obligated to enlarge an accused on bail once it is obvious that timely trial would not be possible and the person has suffered incarceration for a significant period, the Supreme Court said on Wednesday.

While granting bail to a 74-year-old accused who has been incarcerated as an undertrial for a nine-and-a-half year in a case for alleged offences, including under the provisions of the Unlawful Activities (Prevention) Act, the top court said deprivation of personal liberty without ensuring speedy trial is not consistent with Article 21 of the Constitution.

The apex court also observed that it has been informed that only one special court has been designated by the state of West Bengal to try cases of scheduled offences under the National Investigation Agency (NIA) Act, 2008.

"In the given circumstances, we consider it appropriate to direct that the State of West Bengal shall take up the issue and designate more dedicated courts of sessions as special courts for the trial of offences specified in the schedule appended to the Act 2008," a bench of Justices Ajay Rastogi and A S Oka said.

The top court delivered its verdict on an appeal filed by accused Ashim seeking bail in the case.

The bench said the central government may also, in consultation with the Chief Justice of the Calcutta High Court, exercise its power and take up the issue at the earliest so that such trials which are pending under the NIA Act 2008 may go ahead speedily.

"Copy of this order be sent to chief secretary, State of West Bengal and registrar of the High Court of Calcutta for necessary compliance," it said.

The bench noted in its verdict that in the case, the charge sheet was filed in 2012 and charges were framed in June 2019.

"This court has consistently observed in its numerous judgments that the liberty guaranteed in Part III of the Constitution would cover within its protective ambit not only due procedure and fairness but also access to justice and a speedy trial is imperative and the undertrials cannot indefinitely be detained pending trial," it said.

"Once it is obvious that a timely trial would not be possible and the accused has suffered incarceration for a significant period of time, the courts would ordinarily be obligated to enlarge him on bail," the bench said.

The apex court said while deprivation of personal liberty for some period may not be avoidable, period of deprivation pending trial or appeal cannot be unduly long.

"At the same time, timely delivery of justice is part of human rights and denial of speedy justice is a threat to public confidence in the administration of justice," it said.

The top court noted it has been stated that the prosecution in all likelihood may examine only 100 to 105 prosecution witnesses.

"The charges against the accused appellant are undoubtedly serious but the charges will have to be balanced with certain other factors like the period of incarceration which the appellant has undergone and the likelihood period within which the trial can be expected to be finally concluded. That apart, the appellant is 74 years of age," the bench said.

The apex court, while allowing the appeal filed by the accused, directed that he be produced before the trial court within three days and shall be released on post-­arrest bail.

It made clear that the trial court would be at liberty to consider and impose appropriate conditions, subject to which the accused will be released on bail, so as to ensure that he is available for trial.

The bench noted that provision of the NIA Act mandates that trial under the Act of any offence by a special court shall be held on a day-­to-­day basis on all working days and have precedence over the trial of any other case.

It also noted that special courts are to be designated for such an offence by the central government in consultation with the Chief Justice of the high court.

The bench said that power of the state government to designate one or more courts as special courts for the trial of offences under any or all the enactments specified in the schedule is provided under the provision of the 2008 Act.

(THE NEW INDIAN EXPRESS)
250 Days ago