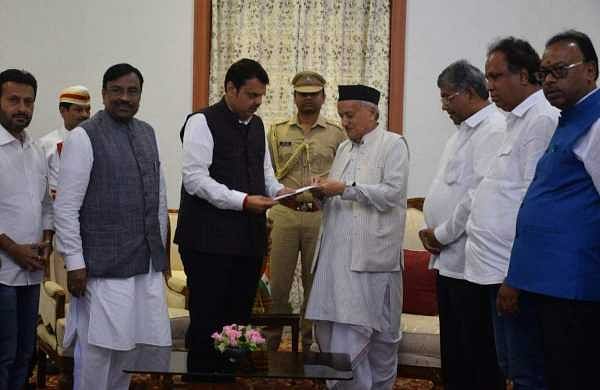 However, the BJP leader is set to continue as acting CM as there has been no headway in government formation even a fortnight after the poll results were announced on October 24. "We haven't had any discussion with Shiv Sena on sharing of the CM's post," Fadnavis said while speaking to the media after meeting Koshyari.

The BJP leader, who was re-elected for a second term as a MLA from Nagpur West in the Assembly polls thanked the people of Maharashtra, PM Narendra Modi, Union Home Minister Amit Shah for the trust reposed by them in his 5-year term.

Meanwhile, the BJP in Maharashtra on Friday strongly refuted allegations that it was engaging in horse-trading and offering money to MLAs of other parties to switch sides. State BJP spokesperson Keshav Upadhye said such a practice is not part of the party's culture.

The BJP and Shiv Sena are locked in a tussle over the issue of the chief minister's post, resulting in a stalemate in government formation despite the Assembly poll results giving the alliance a combined seat strength of 161, way past the 145 majority mark in the 288-member House. In the polls, the BJP won 105 seats, Shiv Sena-56, NCP-54, and the Congress won 44 seats.