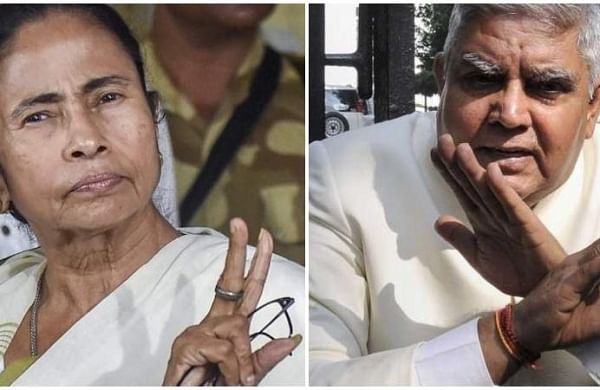 KOLKATA: West Bengal Governor Jagdeep Dhankhar has triggered yet another storm by naming the next vice-chancellor of Rabindra Bharati University (RBU), even as a bill nominating Chief Minister Mamata Banerjee, with whose government he shares an acrimonious relation, as the chancellor of the state-run varsities awaits his mandatory nod.

The governor is the current chancellor of the state-run universities by dint of his office and the term of the current RBU vice-chancellor Sabyasachi Basu Roy Choudhury is set to be over soon.

Dhankhar has appointed Mahua Mukherjee, professor in the department of the dance of RBU as its next vice-chancellor.

He tweeted on Thursday that he has appointed Mukherjee as the next VC in terms of section 9(1)(b) of the Rabindra Bharati Act, 1981.

The governor also attached a recommendation of the government search committee for the post and said that he was choosing Mukherjee, whose name topped the list.

Reacting strongly, TMC state spokesperson Kunal Ghosh said, "The governor has once again proved he does not believe in democratic principles and federalism."

"While his consent is awaited for the bill passed by West Bengal Assembly appointing the chief minister as chancellor of the state universities, the hon'ble governor hastily announced a name as the VC of RBU. He did not bother to take into confidence the education minister and chief minister before the announcement. He is exceeding his brief," Ghosh said.

While Basu Roy Choudhury could not be contacted, a source close to him he was not willing for any extension of his tenure.