'Didnt know 19 was a smaller number than 10': Chidambaram on BJP's 19 lakh jobs promise in Bihar 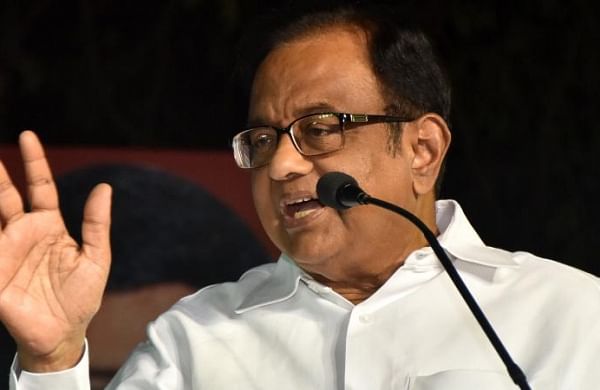 NEW DELHI: Senior Congress leader P Chidambaram on Friday took a dig at the BJP for "mocking" RJD over its 10 lakh jobs promise and then itself talking about creating 19 lakh jobs in its Bihar election manifesto, saying he did not know that 19 was a smaller number than 10.

In its Bihar election manifesto released on Thursday, the BJP sought to reach out to the youth with the promise of 19 lakh jobs in the next five years.

"After mocking the RJD for promising to create 10 lakh jobs, the NDA has promised to create 19 lakh jobs in Bihar if elected," Chidambaram tweeted.

"I did not know that 19 was a smaller number than 10. I think I should go back to primary school," he said.

In another tweet, the former finance minister also attacked the government over the state of the economy.

"Principal Economic Adviser, Dr Sanyal, has joined the three distinguished gentlemen in trying to 'talk up' the economy," he said and cited that 34 out of 39 economists polled by a news agency have said that that the fiscal stimulus "does not go far enough to significantly boost" the economy.

"Are the PM and FM listening?" Chidambaram asked.

After day after the RBI Governor, the SEBI chief and the DEA secretary spoke on the economy, Chidambaram on Thursday had taken a dig at them, saying he wishes the economy was a "circus lion" that would respond to the stick of the ringmaster.