Didn't want to do disservice to world of kabaddi: Abhishek Bachchan on 'Sons of the Soil' documentary 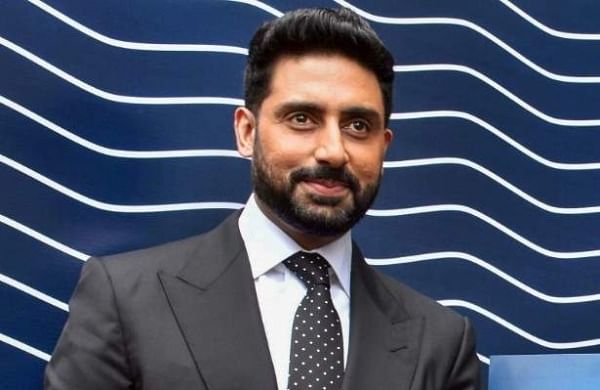 MUMBAI: Actor Abhishek Bachchan says he was initially concerned that the Amazon Prime Video sports documentary "Sons of the Soil: Jaipur Pink Panthers", about his Kabaddi team as it might portray the sport in a "negative manner".

Produced by BBC Studios India and directed by two-time BAFTA Scotland winner Alex Gale, the series follows the journey of Jaipur Pink Panthers in the seventh season of the Pro Kabaddi League.

Bachchan said he was relieved that even the makers of the show didn't want to present a "sugar-coat" reality to the viewers.

"I was concerned about them portraying the Kabaddi world in a negative manner. I said, 'Look, please don't do disservice to the sport or to the world and family of kabaddi.' The makers were also particular, that they're not interested in doing a superficial piece.

"They were clear they wanted to show it as it is and not sugar-coat anything. That was a wonderful decision because it helps you emotionally invest more in the characters. You see their flaws, their tempers," Bachchan told PTI.

The series aims to provide a locker-room view of the team, including interactions with Panthers' owner Bachchan.

The 44-year-old actor said it was during the filming of his digital debut, "Breathe: Into the Shadows", that he had several interactions with the Amazon team over the possibility of making a documentary on the team.

When the executives from the streaming platform witnessed one of the matches in a stadium, they could sense the high energy of the sport and decided to go ahead with the project.

"It has a fly-on-the-wall treatment, where they follow the team throughout the season, when the team members go back to their villages. They've not felt any stone unturned, there's no filter attached to it. It's an honest portrayal and capturing of what all happens in a team."

The "Ludo" actor said the show closely follows the team members in how they deal with victory and pick themselves up after a defeat.

"The approach was emotional. It isn't a cold-bared documentation of a match. It captures the entire world beautifully," he added.

One of the fears which Bachchan had before starting the series was if the players would be comfortable enough to be themselves with a camera crew following them around.

The actor soon realised that after the initial awareness, the players eventually forgot of the existence of cameras.

"I realised after a couple of days, with somebody being around you for 24 hours, you forget that there are cameras around. You then see real emotions come out. The team seamlessly integrated with them (the crew) and were as natural as possible," he added.