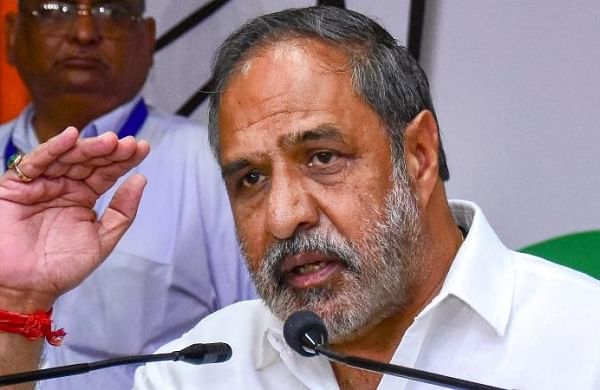 NEW DELHIl: Senior Congress leader Anand Sharma on Monday demanded that the present Election Commission be disbanded and the action of its members probed as it has allegedly betrayed the trust of voters.

He also demanded that a Constitution bench of the Supreme Court should decide on the composition and qualifying criteria for the appointment of CEC and EC's.

The former union minister's remarks came a day after results of assembly elections in five states came out.

Sharma said the recent elections and the conduct of the Election Commission has raised serious concerns.

"The present Election Commission should be disbanded and actions of its members probed.

The EC has disgraced itself and voters trust betrayed," Sharma said in a statement.

"A Constitution bench of the Supreme Court should decide on the composition, qualifying criteria for the appointment of CEC and EC's and firm guidelines for the conduct of free and fair elections as per the Constitution," he said.

The senior Congress leader charged that the Commission violated its Constitutional mandate under Article 324 to conduct free and fair polls.

"Blatantly partisan, its actions in Bengal were shocking and condemnable.

There have been instances where it acted as a willing accomplice of the BJP," he alleged.

Sharma said by allowing unrestricted mass rallies, it is guilty of violating COVID protocols and must be made accountable for fuelling the surge and sufferings of our people.

"Cosmetic restriction for the last phase after the fire had spread, fooled no one but insulted the wisdom of citizens," he said.

A number of political parties including the TMC and its leader Mamata Banerjee have pointed fingers at the EC.

The Madras High Court had recently observed that EC officials concerned should probably be tried on murder charges for their failure to ensure adherence to COVID-19 protocols during the election process in four states and a Union Territory.

The polls body has moved the Supreme Court against these remarks.

(THE NEW INDIAN EXPRESS)
385 Days ago