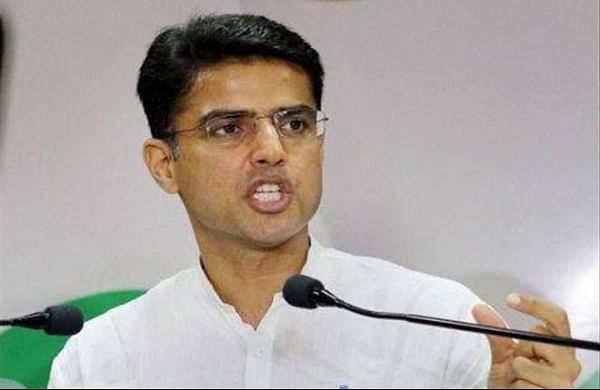 NEW DELHI: The issue of Speakers' power under the Constitution to entertain pleas seeking disqualification of MLAs has come to the fore again amid the political crisis in Rajasthan where the Assembly speaker has entertained such a plea by the ruling Congress party and sought responses of sacked Deputy Chief Minister Sachin Pilot and 18 other MLAs within three days.

The apex court, in a plethora of verdicts, has given varying judicial opinions on Speakers' powers ranging from refusing to intervene in the matter to assuming the role of the Speaker itself and going to the extent of disqualifying lawmakers under the 10th Schedule of the Constitution.

The 2011 verdict of the Supreme Court in the Karnataka case may strengthen the case of the 19 MLAs, including Pilot, in the matter of Rajasthan Assembly Speaker C P Joshi's show cause notice.

Merely because these MLAs expressed lack of confidence in Yeddiyurappa would not mean that the Speaker was empowered to take action against them, a bench headed by the then Chief Justice Altamas Kabir had held.

It had then taken note of the assertion of the 11 MLAs that they were part of the BJP and would support any other leader in the party, and held this rebellion did not require action under 10th schedule (which deals Speaker's power to deal with defection) of the Constitution.

Rajasthan Speaker's notice to Pilot and others with him is patently illegal and beyond the scope of tenth schedule of the Constitution.

They have not joined or expressed a wish to join or support BJP," senior lawyer and Constitutional law expert Rakesh Dwivedi said.

"Protesting against CM and asking for change or pressuring High Command of the Congress to change CM does not amount to leaving the party, he said.

In response to a question of whether a political party can issue a legally tenable whip to its MLAs for activities outside the Assembly, the senior lawyer said, No. Whips are issued for activities in the House. Not attending meetings of the Congress legislature party is pressure tactic and an intra-party activity.

Speaker has erred and notice is against the Yedurappa case of the Supreme Court. He said however that the party can take disciplinary action against Pilot.

Dwivedi added there were no media reports that Pilot indulged in any anti-party activities and met leaders of rival political parties to topple the government; rather there have been reports of police probe against the Deputy Chief Minister for offenses like sedition.

There have been contrary views as well, holding that the Speaker has ample and wide powers under the 10th schedule to deal with anti-defection activities of the lawmakers.

Being the head of the House, the Speaker is well within his right to issue the (disqualification) notice, another senior advocate Ajit Sinha said, adding that the action of suspension or disqualification can always be challenged.

As far as the notice is concerned, the Speaker has the right.

Those who have been issued notice can claim that the speaker cannot disqualify for the activities done outside the house, but the issuance of notice at the first place cannot be called illegal, he said.

The apex court and the high courts have been very cautious in intervening with the role of Speaker in the matters of disqualification.

The Constitution gives exclusive jurisdiction to the Speaker to rule on disqualifications for defection.

In the recent Karnataka crisis, the top court had said that 15 rebel Congress-JD(S) MLAs in Karnataka "ought not" to be compelled to participate in the proceedings of the ongoing session of the state Assembly and an option should be given to them as to whether they wanted to take part or stay out of it.

However, the apex court had also said that the Assembly Speaker K R Ramesh Kumar will decide on the resignation of the 15 MLAs within such time-frame as considered appropriate by him.

But, there have also been instances where the top court has assumed the role of the Speaker to itself after taking note of the delay on the part of the Speaker in deciding such pleas.

In a rare move, the Supreme Court had invoked its plenary powers and ordered forthwith removal of BJP lawmaker and Manipur Forest Cabinet Minister T H Shyamkumar, restraining him from entering the Assembly till further orders.

Shyamkumar had won the Assembly polls in 2017 as a Congress candidate but later joined the BJP government. The plea of his disqualification was pending with the Speaker.

Recently, the top court has sought response of the Speaker of Tamil Nadu Assembly on a plea of DMK seeking a direction to "forthwith" decide its pending plea for disqualification of 11 AIADMK lawmakers who had voted against Chief Minister K Palaniswami during the 2017 confidence vote.