Donald Trump says US terminating relationship with WHO 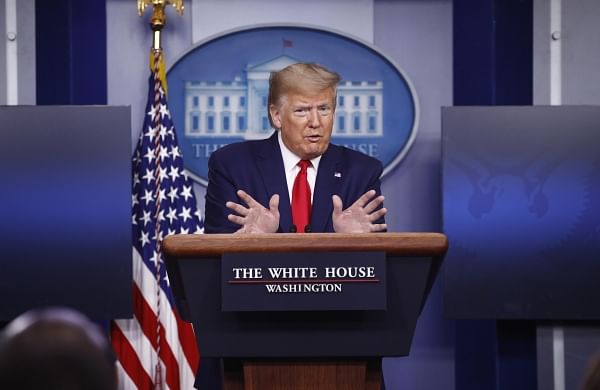 President Donald Trump announced on Friday that the US was cutting ties with the World Health Organization which he says, did not respond adequately to combat the initial spread of COVID-19.

On May 19, Trump had threatened to "permanently" halt funding for the WHO "if it did not commit to improvements within 30 days, and to reconsider the membership of the United States in the global health body."

This is the letter sent to Dr. Tedros of the World Health Organization. It is self-explanatory! pic.twitter.com/pF2kzPUpDv

As the COVID-19 pandemic erupted, Trump accused the UN agency of being a "puppet" of China and had already suspended funding in mid-April, AFP reported.

"Because they have failed to make the requested and greatly needed reforms, we will be today terminating our relationship with the World Health Organization," Trump told reporters about the recent decision in Washington.

According to ANI, he reasoned that "China has total control over WHO despite only paying USD 40 million a year compared to what US has been paying which is approximately USD 450 million a year."

Meanwhile, Trump said they would be "redirecting those funds to other worldwide and deserving urgent global public health needs."

In mid-May, right after Trump's threat to WHO, the European Union backed the ageny in its multilateral efforts to fight the pandemic.

European foreign affairs spokeswoman Virginie Battu-Henriksson said, "this is the time for solidarity, not the time for finger pointing or for undermining multilateral cooperation."

With inputs from AFP, ANI, PTI