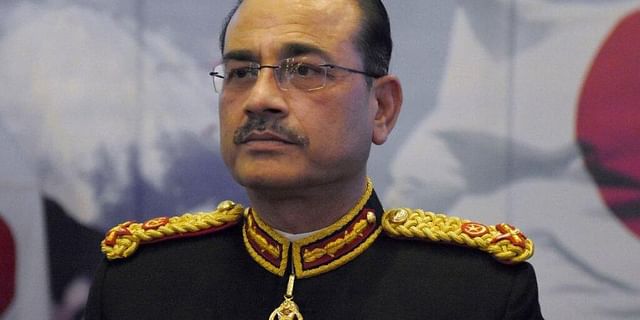 The newly-appointed Pakistan Chief of Army Staff (COAS), Lt. General Asim Munir "may not ramp up issues against India in the immediate future as his hands will be full."

In an exclusive chat with The New Indian Express, retired Indian Foreign Service (IFS) officer and former Indian high commissioner to Pakistan, Sharat Sabharwal, said that Munir will have so many issues to deal with that he will desist raking up issues with India, at least in the near future.

"Pakistan is mired in a serious political and economic crisis. The image of the Army has taken a beating after the ouster of former Prime Minister Imran Khan -- an ouster Imran has attributed to the intervention of the Pakistan military. Terrorism is a big issue and of concern in the tribal belts and Balochistan where the Tehrik-i-Taliban commonly known as the Pakistani Taliban is active. The new COAS will have to help the Army recover their lost image first," said the former diplomat.

He added that Munir may help sustain the India-Pakistan ceasefire. The old ceasefire had collapsed and was restored by the outgoing COAS General Qamar Javed Bajwa in February 2021.

Asked about Munir's equations with Imran, who is now leading the long march and who is the army's biggest challenger, Sabharwal said that one will have to wait and see.

"He may not have a happy equation with Imran, who had removed him as Director General, Inter-Services Intelligence (ISI) seven months into his tenure in 2019 and brought in Faiz Hamid, who had helped Imran in winning elections. (But) For now, Munir will lay off meddling in political affairs of Pakistan and allow politicians to slug it out and discredit themselves. His immediate attention will be to build the image of the military," said Sabharwal.

Munir has the rare distinction of being Director General, Military Intelligence, a post he held from early 2017 for a period of 21 months. In October 2018, he became Director General, ISI but was removed from the post by Bajwa at the asking of Imran, the then Prime Minister.

Sabharwal said despite this, General Bajwa is assured of an honourable exit given the fact that the Pakistan army works like a "trade union" and protects their own. "(Remember) They had doubled down to save the former president and COAS Pervez Musharraf," he reminded.

Musharraf had been sentenced to death in absentia on treason charges stemming from his imposition of a state of emergency in Pakistan in 2007.

"Bajwa's equation with Munir is (still) far from cordial. The latter is (the ruling) PMLN's candidate," sources stated.

Munir was promoted to the rank of a three-star general in September 2018. His tenure was due to end on November 27, around the same time when incumbent Chairman Joint Chiefs of Staff Committee General Nadeem Raza and General Bajwa will be hanging up their uniforms. General Munir will now be given an extension.  (THE NEW INDIAN EXPRESS)