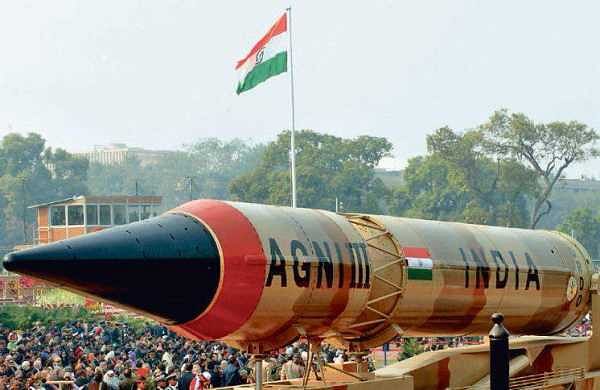 BHUBANESWAR: The Defence Research and Development Organisation (DRDO) and Strategic Forces Command (SFC) of Indian Army will jointly analyse the faults in Agni-III missile system that had failed to perform during its first night trial on Saturday.

The 3000-km range surface-to-surface nuclear capable ballistic missile had reportedly tumbled into the sea after travelling only around 115 km into its flight trajectory. The mission had to be terminated as the missile deviated from the flight path behaving abnormally.

A senior defence official on Sunday told TNIE that the outcome of the user trial conducted by SFC will be analysed to ascertain what went wrong with the weapon system. “Data generated during the trial have been collected. A team comprising officials from both - DRDO and the missile handling unit of the Army - will study it,” he told over phone from New Delhi.

The indigenously developed missile was test-fired from Abdul Kalam Island off Odisha coast at about 7.15 pm. The flight trajectory was set for nearly 2,800 km and the test was ‘crucial’ as it could have given the much needed impetus to the country’s strategic nuclear programme and reconfirmed readiness to handle the long range weapon during night hours.

Even as the DRDO and SFC officials are tightlipped about the mission outcome, sources privy to the developments informed that metallurgical defects in the missile system possibly could be the reason. “The missile picked up for user trials is randomly selected from production lot. Though such incidents will help make the system more robust, metallurgical error cannot be tolerated,” Defence sources said.

In a similar manner, 700-km range Agni-I had failed during a night trial on February 19, 2014. The manufacturing faults had triggered hydraulics problems in the missile system forcing the Armed Forces to put off the trial only 18 seconds prior to the test.

On November 23, 2009, 2000-km range Agni-II missile had developed technical snags during its first night trial and plunged into the sea after travelling a short distance. Indigenously developed inertial navigation system had failed to perform as desired.

The Agni series of missiles have failed to provide desired results at least eight times in the last over one decade. Shockingly, of the five variants of Agni missiles, Agni-I, Agni-II and Agni-III, which have already inducted in the armed forces, have tasted ‘failure’ during user trials causing worry for the user.

Though success rate of missiles developed by DRDO is high compared to its counterparts in neighbouring countries, defence experts, however, wondered ‘can India afford such outcomes of its potent weapon systems during user phase trials when the external threat is alarming?”