Each SCO country should decide on its own whether to use dollar: Lavrov 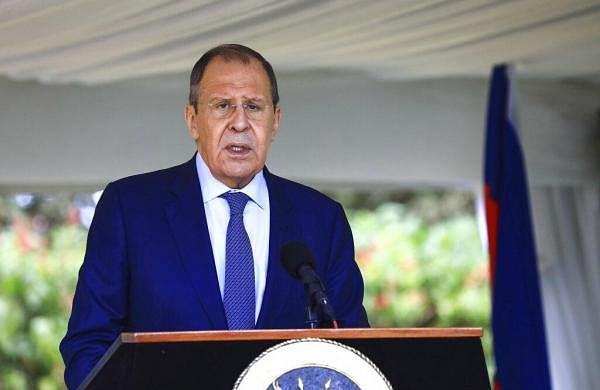 NEW DELHI: During the course of the Shanghai Cooperation Organisation (SCO) Foreign Ministers meeting in Tashkent on Friday, Russia’s Foreign Minister Sergey Lavrov suggested that each SCO member decide whether they want to use the dollar for transactions.

Each member-state of the SCO should decide on its own whether to use the dollar or not, but facts are enough that this currency is unreliable, Lavrov is reported to have said while speaking with the media on the sidelines of the SCO. He suggested further that there should be a roadmap of transitions to broader use of national currencies in mutual settlements.

Meanwhile, External Affairs Minister Dr S Jaishankar, said that Iran’s entry into the SCO will strengthen the forum’s influence in the world market. "The SCO members will have the opportunity to use the facilities of the Chabahar port in Iran," he added.

Jaishankar also spoke about the crisis that Afghanistan is facing and said that the SCO must combat the hunger crisis there. He also highlighted the fact that India extended humanitarian assistance to Afghanistan to help it fight hunger.

"Began my SCO visit with a bilateral meeting with DPM and FM Mukhtar Tileuberdi of Kazakhstan. We recognised the progress made out since the last meeting in Delhi in December last year. The current situation calls for stronger Indo-Kazakh cooperation across all domains," he said.

Meanwhile, the SCO is expanding its network and is set to sign pacts to include Egypt, Qatar, Bahrain, Maldives band Saudi Arabia as dialogue partners. The process has also started for granting Belarus as a full member. Azerbaijan, Armenia, Cambodia and Nepal are set to get observer status.

The Foreign Ministers meeting is the final stage in preparation for the SCO Summit set for September 15-16 in Samarkand in southern Uzbekistan. This is likely to be attended by Prime Minister Modi, who will meet his counterparts from China, Pakistan, Iran and Russia.