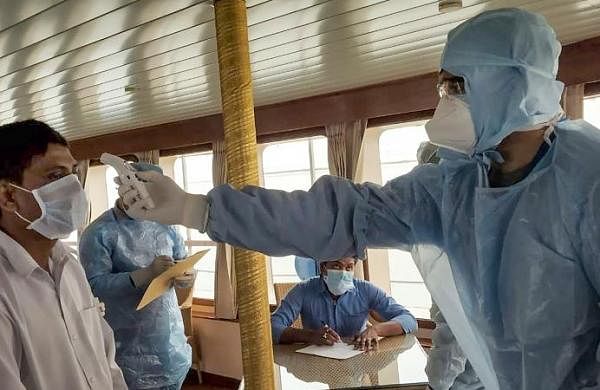 NEW DELHI: This might just be the initial days of the COVID-19 outbreak in India, but an analysis of cases in various states based on Union Ministry of Health data released so far has thrown up an interesting trend: The infection is not killing people uniformly across the country and there is a dramatic difference in the rate at which states are losing people to the disease.

At 16.6, the percentage of people who have lost life due to the infection is the highest in Himachal Pradesh, followed by Gujarat which has seen nearly 9.5 per cent of all who got infected dying. Gujarat's numbers are starker because they are based on a bigger sample. The percentages in Himachal, in comparison, are impacted by the only death recorded there.

In contrast, in Rajasthan, which now has 200 confirmed cases, no one has died yet and in Tamil Nadu and Kerala - two states with one of the highest number of identified cases - the death rate due to infection is under one per cent.

In Maharashtra, the state with the highest number of confirmed cases in the country, the death rate due to COVID-19 is nearly 5 per cent. In Madhya Pradesh, with 104 confirmed cases and six deaths, the percentage of deaths is well above five.

Globally, the death rate due to the infection has been estimated between 3 and 4 and those above 60 and with co-morbidities like hypertension, diabetes, cancer and respiratory issues among others have been found to be much more susceptible to the infection. Males, it has been seen, are also slightly more likely to die of the infection, than females.

Experts, while pointing out that more data is required to make sense of the fatality rate emerging so far, underlined that some states could be testing more and treating better, showing a marked difference in the disease pattern.

“While heterogeneity in disease pattern across states is expected given the public health infrastructure in some states vis a vis others it can be fully analysed only if the government releases line-listed data which shows the age and health profile of patients,” said Dr Anupam Singh, a public health researcher and infectious disease expert at Santosh Institute of Medical Sciences in Ghaziabad.

Dr Anant Bhan, a researcher in bioethics and global health policy, says that higher deaths in some states could be explained by the fact that they are only testing the symptomatic ones who report to hospitals with complications.

“The other states might be testing more widely where you would pick up positives even among asymptomatic, or those with mild illnesses. Maharashtra is interestingly a bit of an outlier as a big state with comparatively better testing capacity,” he said.

Dr Oommen John, a researcher with the George Institute of Global Health, echoed the views. “Possibly very sick ones are the ones getting tested or at very serious stages, while those states who started testing liberally early have more people being tested,” he said.

“It would be good to look at the age distribution of the tests in these states and see if there is a larger number of older people in the states with high mortality.”