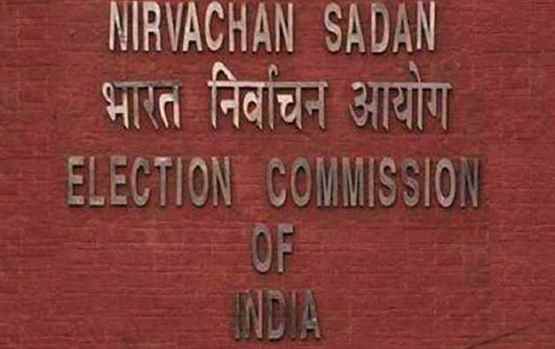 The Election Commission of India has decided to deploy 853 companies of central forces in West Bengal for the fifth phase elections.

In this phase more security forces will be deployed compared to the fourth phase. In the previous phase, 789 companies were deployed for 44 Assembly constituencies.

The Election Commission sources said that out of 853 companies, 283 will be deployed only in 24 Parganas district. This security arrangement is for purpose that an incident like Cooch Behar does not happen again, where many people lost their lives during the violence.

Campaigning has ended for the fifth phase of assembly elections in West Bengal. Polling will be held in 45 seats spread across six districts on Saturday. In all, 319 candidates including 39 women are in the fray in this phase.

Polling will be held for 13 seats at Kalimpong, Darjeeling and Jalpaiguri districts in North Bengal in this phase. Darjeeling district administration has taken all necessary steps to prevent the spread of contamination during the day of polling in the wake of Covid situation.

Polling will be held in the 5 assembly seats in Darjeeling. Quoting Official sources AIR correspondent reports that there would be 1 thousand 719 polling stations in the district. The Darjeeling district administration has urged all voters to wear face mask properly while coming to vote on Saturday. Before entering the polling booth, Health Supervisor would provide hand sanitizer to all voters.

The Health Supervisors would also screen the body temperature of all the voters. If temperature is above the set norms for twice, then the voter would be given a token and will be asked to come for voting at the last hour of poll. A separate queue and strict Covid prevention protocol would be maintained for such voters.

Also, an interpersonal distance of at least two yards shall be ensured inside the polling station premises. The district administration has also instructed to sanitize polling station before and after the polling. Manas Pratim Sarma, AIR News, Darjeeling."

The Election Commission had extended the silence period to 72 hours from 48 hours, for the fifth phase of assembly polls in the state after violence in Cooch Behar district.

Meanwhile, the election campaign is in full swing for simultaneous by-elections to two Lok Sabha seats including Tirupati in Andhra Pradesh and Belgaum in Karnataka along with 13 Assembly Constituencies spread over ten states. The campaigning will conclude this evening.

In poll-bound Darjeeling district, polling personnel have started their journey today for the poll stations located in far-flung areas. These three booths are located at Shrikhola, Daragaon and Ramam. Polling at 3 districts of North Bengal including Darjeeling will be held on Saturday.

There are 104 candidates in the contest for 13 seats at Kalimpong, Darjeeling and Jalpaiguri districts. TMC minister Goutam Deb, CPIM legislator Ashok Bhattacharya, Congress MLA Sukhbilash Barma and BJP legislator Niraj Zimba are among some of the important candidates in the fray in the 5th phase.

Meanwhile, arrangements are being made by the district administrations to ensure free fair and safe polls. (AIR NEWS)