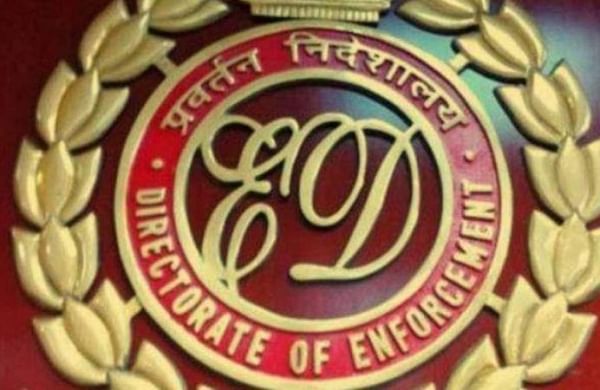 NEW DELHI: Accusing the Enforcement Directorate of taking "enforced directives" from the Modi government, the Congress on Thursday asked when the probe agency would question the Adani group over allegations that the prime minister was pushing its case for a project in Sri Lanka.

The allegation follows reports in a section of the media on the matter.

This has been denied by the Lankan government as well as the Adani group.

Speaking to reporters, Congress spokesperson Gourav Vallabh also brought up Rahul Gandhi's questioning by the ED over the last few days and said it was a clear case of maligning his reputation and a "mere political stunt".

He alleged that all central agencies have been reduced to pawns in the hands of the government.

"All these agencies have been queuing up to collect their blindfolds only to make a mockery of themselves," Vallabh said, adding that the BJP government's claims have been exposed in the last eight years and it has all been about "antics and substance".

"A once reputed agency such as the ED can no longer be called by Enforcement Directorate... (it) is busy in taking 'Enforced Directives' from the Modi government," he alleged.

Vallabh cited reports of the chairperson of the state-owned Ceylon Electricity Board in Sri Lanka making claims before a parliamentary panel that the Indian prime minister had allegedly "pressurised" Sri Lankan President Gotabaya Rajapaksa to award a wind power project to the Adani Group.

"What was his compulsion? Why are ED and other agencies sleeping on this information?" the Congress leader asked.

Vallabh said there have been several other instances that warrant severe action by central agencies, including the ED, but they have chosen to look the other way.

"Is not this a case of corruption worth investigating? Which bureaucrats or ministers is the ED planning to call for an investigation? Has the ED ever called anyone from the Adani group, or is it planning to call to investigate these serious allegations? What credibility does an agency like ED have... (it) is on a political witch-hunt but failing on its duty of investigating severe allegations and crimes," he said.

CEB chairperson M M C Ferdinando, who claimed before a parliamentary panel that Modi allegedly influenced Gotabaya Rajapaksa to award a wind power project to the Adani Group in the island nation, resigned a day after retracting his statement.

During a hearing of the Committee On Public Enterprises (COPE), Ferdinando had said Rajapaksa summoned him after a meeting in November last year and told him that the wind power project be awarded to Adani Group's Gautam Adani as Modi had urged that it be so.

Rajapaksa had categorically denied Ferdinando's statement before the parliamentary panel.

The Adani Group earlier issued a statement on the controversy.

"Our intent in investing in Sri Lanka is to address the needs of a valued neighbour. As a responsible corporate, we see this as a necessary part of the partnership that our two nations have always shared," it said "We are clearly disappointed by the detraction that seems to have come about.

The fact is that the issue has already been addressed by and within the Sri Lankan Government," a spokesperson of the Adani Group said.

The 500 MW wind power plant by the Adani Group in Mannar caused a storm when CEB engineers threatened to strike over the government's amendment to the CEB Act of 1989.