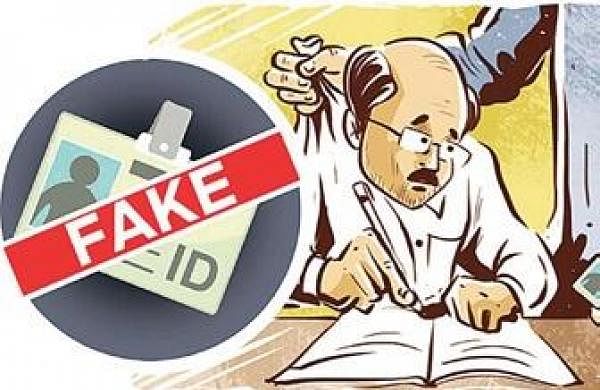 NEW DELHI: Eight Chartered Accountants are among the 258 persons arrested so far in the nationwide drive against fake Goods and Services Tax (GST) invoice frauds in the last two and a half months since mid-November, 2020, Directorate General of GST Intelligence (DGGI) sources said on Sunday.

DGGI sources said that the eighth chartered accountant was arrested yesterday along with his four business accomplices in Jaipur for operating 25 fake firms to fraudulently avail and pass on Input Tax Credit (ITC) through bogus invoices without actual supplies of goods/services.

Sources said that out of the 258 persons arrested so far, at least two persons have been booked under COFEPOSA (Conservation of Foreign Exchange and Prevention of Smuggling Activities Act) also. The drive by GST intelligence and CGST authorities is ongoing with more than 2,500 cases booked against 8,000 fake GSTIN entities as of now. Authorities have recovered more than Rs 820 crore from these fraudsters.

Sources said that the chartered accountants' regulatory body, namely, the Institute of Chartered Accountants of India (ICAI) have been informed about these arrests and have been asked to take appropriate actions as per their own rules.

Department of Revenue (DoR) sources acknowledged that with complete data sharing among GST, customs and income tax, and apt use of data analytics and Artificial Intelligence and Machine Learning, the GST intelligence authorities have been able to pin-pointedly identify those indulged in tax evasion through various means including fake bills and also those availing these bills through layers of intermediaries.

It is through such systemic changes, the department has now been able to take targeted actions against fraudsters and tax evaders. It is with these measures that the DGGI has not only been able to unearth the fake firms but also the final beneficiaries of ITC frauds, like in the ITC scam in manpower services allegedly by big companies like Swiggy, the food delivery chain and Instakart, a subsidiary of e-com giant Flipkart.

It may be noted that this concerted nationwide drive against bogus GST invoice fraud has ensured better GST compliance to identify tax evaders and those availing input tax credits fraudulently, and thus, has resulted in record GST collection to the tune of more than Rs 1.15 lakh crore for December, 2020. Also, this has resulted in an increase in the number of GSTR 3B return filers to more than 87 lakh in the month of December.