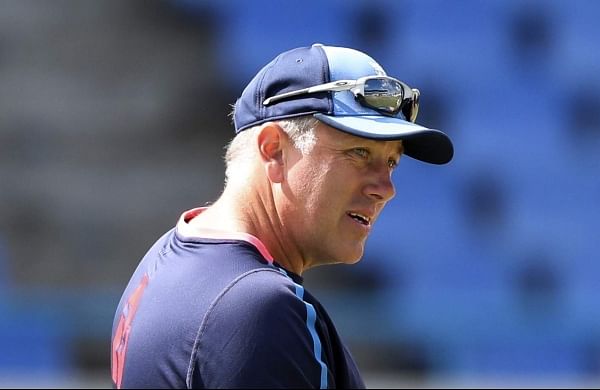 MANCHESTER: England head coach Chris Silverwood has no doubt that competing in a world-class event like IPL will help his players prepare well for the T20 World Cup but is worried about players burning themselves out.

As many as 10 England players, including seven cricketers who were involved in the recent limited over series against Australia, reached UAE on Thursday from the United Kingdom ahead of the IPL which begins on Saturday.

Silverwood said the players need to be cautious against burn-out as they have to stay in the bio-bubble for another seven weeks.

"It's their decision really but we'll have to keep an eye on them," he said after England's three-wicket defeat in the third ODI at Manchester.

"Obviously, the contracts are good for them but equally as well we're looking forward at a T20 World Cup. The more high-class T20 they can play will be a good thing for us."

"The one thing that I have encouraged is that they keep talking to us. We need to make sure that they don't burn out as well."

The next T20 World Cup is scheduled to be held in India next year in October-November.

Moeen Ali (Royal Challengers Bangalore), Jonny Bairstow (Sunrisers Hyderabad) and Sam Curran (Chennai Super Kings) are among other England players who will feature in the IPL this year.

Archer, who was sanctioned for breaching the bio-bubble during the Test series against the West Indies, has hinted that the white-ball leg was more enjoyable than the Test camps.

Silverwood said: "Jofra's found being locked up difficult at times. He's not the only player, there's been quite a few. We have to do it and I'm very proud of how the guys have dealt with it."

"It's a juggling act of keeping people fresh in the mind. When people have asked to get out of the bubble, we've got them out. We said we would and we have. It's a case of making sure we don't burn people out."