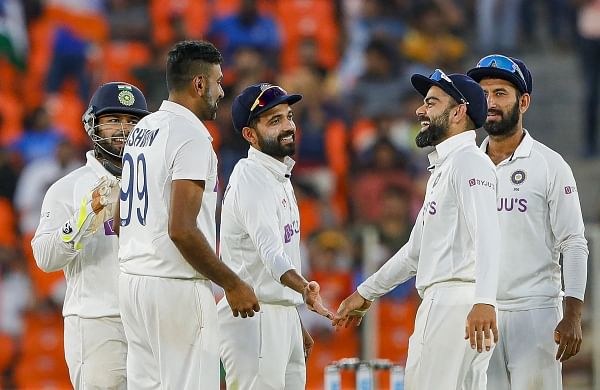 For a series built up as a match-up between two evenly-poised teams in contention for a place in the final of the World Test Championship, all the talk so far has centred around the pitches.More so here in Ahmedabad, after it witnessed the shortest ever Test since World War II. The jury is out with regards to the rating of the pitch and much of it now depends on match referee Javagal Srinath. If he rates it poor, the Narendra Modi Stadium could face sanctions.

However, there are things Srinath has to ponder. This might not be a dangerous pitch by any means. There wasn’t any inconsistency in the bounce. The surface wasn’t breaking-up like it did so in Mohali and Nagpur in 2015. If one purely goes by the scoreboard, where India’s first innings total of 145 was the highest, it indeed was not possible to last five days.

Then there is the other thing to take note. Batting from both teams was far from ideal. The most potent ball on a rank turner isn’t the one that turns. It is the one that holds its line and doesn’t turn. It is what caused England batsmen trouble in the first innings and that is what cost them wickets in the second innings too. As far as the hosts go, it was their lack of application and lack of trust in their defence that saw them collapse from 114/3 to 145 all out. That they allowed Joe Root to walk away with a five-wicket haul summed up how equipped the current bunch of Indian batsmen are on turning pitches.

Which is why it is surprising that they opted for such surfaces. The last time they played on a rank-turner was against Australia in Pune in 2017. That came during the fag end of a long international season where they played 17 Tests inside nine months. With tired legs, they preferred a square turner in Pune, which backfired horribly. And now in this series, after coming close to one in the second Test in Chennai, they have played one on a pitch that has reduced the balance between bat and ball. Like in 2017, this too comes at the end of a long season that began with the IPL, followed by a gruelling Australian tour which has seen them miss few of their regulars to injury.

At the same time, it would be totally wrong to ask India to prepare sporting pitches. The essential nature of Tests is hosts using home advantage. However, it is equally wrong if they play on similar pitches where their prized asset, Jasprit Bumrah, doesn’t even get a chance to utilise his skillset in front of his home crowd.

Test match pitches are supposed to bring everyone into play. It is supposed to test cricketers’ mettle. And when it is reduced to a single-facet, the interest dies soon, like it did here in Ahmedabad. Over Wednesday and Thursday, attendance figures were just a shade under one lakh. They turned up to see the likes of Virat Kohli, Rohit Sharma, Cheteshwar Pujara battle against James Anderson, Jofra Archer and Ben Stokes. In the end, they had to be contend with Root taking five wickets and bring an early end to their party.

What the ICC says
If a match is abandoned and the pitch and/or outfield is ultimately rated as ‘Unfit’ under the ICC Pitch and Outfield Monitoring Process, points for that match shall be distributed on the basis that the visiting team won the match and the hosts lost the match. Any abandoned match will be classified as a drawn match.

140.2 overs
This is the shortest completed Test in terms of balls bowled since 1935 and the seventh shortest of all time.

5 It is the fifth time since 2016 that England have been bowled out in a session
1 This is the first time Anderson & Broad, who have played together in 121 Tests, have gone wicketless.