Everyday one family or the other screaming for justice in UP: Priyanka Gandhi 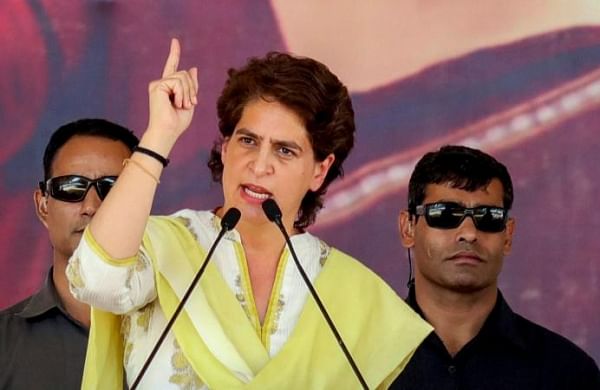 NEW DELHI: Hitting out at the BJP over alleged rise in incidents of crime in Uttar Pradesh, Congress leader Priyanka Gandhi Vadra on Wednesday said contrary to the Yogi Adityanath government's propaganda, everyday one family or the other is "screaming for justice" in the state.

Her attack on the BJP dispensation came over the incident of a 50-year-old man being shot dead in Hathras district by an accused out on bail in a case of molestation lodged in 2018 against the victim's daughter and the body of a 12-year-old girl exhumed from a pit in a man's house in Bulandshahr.

"The father of a girl who did not take back a case of molestation was murdered in Hathras. The body of a girl, who had been missing for several days in Bulandshahr, was found buried in a house," Priyanka Gandhi said in a tweet in Hindi.

"Contrary to the UP government's false propaganda on crime, everyday one family or the other is screaming for justice," she said.

Priyanka Gandhi and other Congress leaders have been attacking the Adityanath government over the law and order situation in the state, alleging that criminal activities were rampant, a claim denied by the state government.