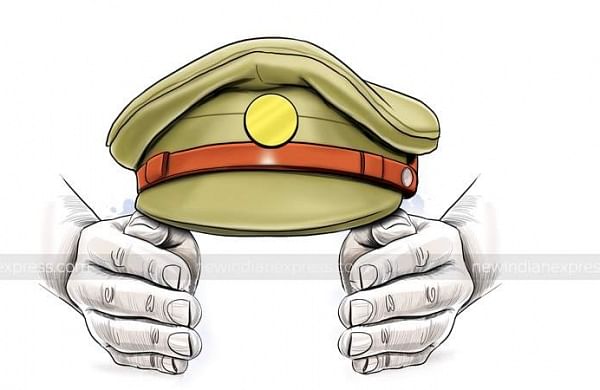 KOLKATA: A former civic volunteer was arrested on Wednesday for posing as an officer of the Bidhannagar Police Commissionerate and duping a Kolkata-based contractor of Rs 48 lakh.

Sleuths of the anti-fraud unit of Kolkata Police's Detective Department have launched a manhunt to nab three of the accused's associates who had also posed as senior officers of the commissionerate and cheated the contractor by "floating a fake tender", a police officer said.

Acting on a complaint lodged by the contractor at the Charu Market police station, an investigation was initiated and the accused, who had earlier worked as a civic volunteer at the Bidhannagar Police Commissionerate, was arrested, he said.

"The arrested person had posed as a sub-inspector (SI) attached to the Tender Department of the commissionerate.

His associates had also posed as officers of different ranks from SI to additional deputy commissioner of the Bidhannagar Police Commissionerate and cheated the complainant to the tune of Rs 48 lakh by floating fake tenders in the name of commissionerate," the officer said.

Two laptops, two mobile phones, and bank documents reflecting the entire transaction have been seized, he said, adding that a manhunt has been launched to nab the remaining accused.