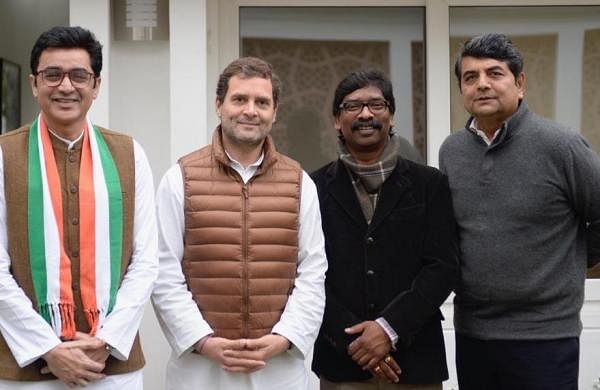 Kumar announced on Twitter, "Driven by my conscience to speak up against injustice and institutional capture, I've been inspired by Shri Rahul Gandhi and decided to come back to Congress today," He also cited a quote of Mahatma Gandhi that "Silence becomes cowardice when occasion demands speaking out the whole truth and acting accordingly.

"Amid a health, farmers, unemployment and economic crisis, it is Shri Rahul Gandhi & Smt. Sonia Gandhi who have been steadfast in their support for the people and idea of India. I really admire this tenacity and they have inspired me to come back to @INCIndia again," he said in another tweet.

Senior Congress leader Jairam Ramesh welcomed Kumar in the party through a tweet.

"You had never actually left as far as I was concerned".

Kumar, a former IPS officer and an MP from Jamshedpur in the 15th Lok Sabha, had quit the party ahead of the Jharkhand assembly elections last year.

He was appointed JPCC president in November 2017, but resigned in August 2019 and joined the Aam Aadmi Party the next month.

He had then alleged that the local leadership in Jharkhand Congress was corrupt and had compared many of his colleagues as even worse than criminals.