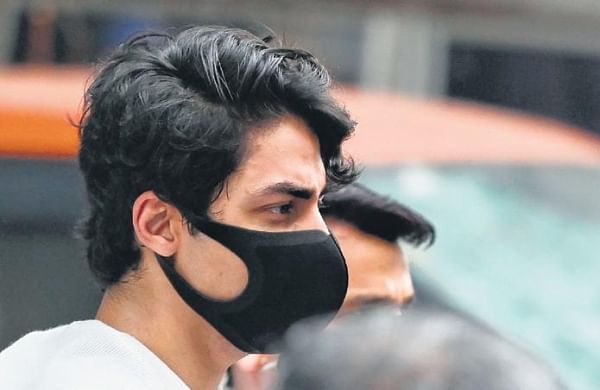 MUMBAI: Filmmaker Rahul Dholakia, Sudhir Mishra, and actor R Madhavan were among the film personalities who on Thursday, October 28, 2021, celebrated the decision of the Bombay High Court which granted bail to superstar Shah Rukh Khan's son Aryan Khan, over 20 days after his arrest in the case of seizure of banned drugs aboard a cruise ship off the Mumbai coast.

Filmmaker Rahul Dholakia, who worked with Shah Rukh Khan in "Raees" took to Twitter and wrote, "Finally! Bail granted! #AryanKhanDrugsCase Thank God!" Actor R Madhavan, whose next film "Rocketry: The Nambi Effect" features a cameo by Shah Rukh Khan, said as a parent he was pleased by the order.

"Thank God. As a father, I am so relieved...May all good and positive things happen," he wrote.

Without dropping any names, actor Sonu Sood tweeted in Hindi soon after the order pronounced the order, "When time does justice, it needs no witness."

Filmmaker Sanjay Gupta said while he was "very happy" that Aryan Khan has been granted bail, he said he was also "upset" with the judiciary.

"I'm very happy that Aryan Khan has gotten bail but also very upset with a system that kept a young man behind bars for more than 25 days for something he never did. That has to change," Gupta tweeted.

"God bless you and be strong Aryan Khan," the director further said.

Commenting on a news article headline 'Aryan Khan Gets Bail After 3 Weeks In Jail', actor Shruti Seth wrote it was "3 weeks of trauma".

Singer Mika tweeted, "Congratulations to #AryanKhan and to the other accused for getting bail. I'm so happy that it was finally granted, bro @iamsrk 'Bhagwan ke ghar mein der hai andher nahi'. You have contributed hugely to the fraternity. God bless both you and your family."

The legal team of the 23-year-old, who is presently in judicial custody and lodged at the Arthur Road prison in central Mumbai, will now try to complete the formalities for his release by Friday.

Aryan Khan, Merchant and Dhamecha were arrested by the Narcotics Control Bureau (NCB) on October 3 and booked under relevant sections of the Narcotics Drugs and Psychotropic Substances Act (NDPS) for possession, consumption, sale/purchase of banned drugs, conspiracy and abetment.

Since Aryan Khan's arrest, Shah Rukh Khan has continued to receive support from his fans and some colleagues in the industry while most of the big players of Bollywood have maintained silence on the issue.