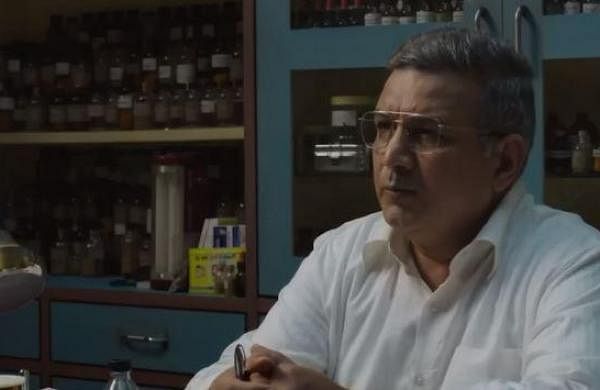 Starring seasoned actor Kumud Mishra in the title role, the show is billed as a quirky, light-hearted dramedy that chronicles the life and times of a traveling sex consultant and his various patients.

Imtiaz, best known for directing films "Jab We Met", "Love Aaj Kal", "Rockstar" and "Tamasha", said his train journey from his home town Jamshedpur to Delhi has always left him intrigued about the world of local sex doctors that exists in the heartland of India.

"I realised that the most advertised product or service in those areas was that of local sex doctors. It intrigued me no end and I sat endlessly at the window seat of those trains wondering what it would be inside the clinics of such doctors, what would it be to have those ailments and live in these small north Indian towns. All the intrigue, social awkwardness and humour I have imagined over the years travelling through those towns has been poured into 'Dr Arora'. Special mention to SonyLIV for lapping up this story right at the onset and raising it with love," the filmmaker said in a statement.

He praised directors Sajid and Archit for the way they have dealt with the story and is looking forward to audience reaction.

"It was the extraordinary talent and effort of the two wonderful directors Sajid Ali and Archit Kumar that could turn this contemporary fantasy into a show of a flavour that I have not experienced either in my work or in other contemporary film or series. I am very eager to see the audience's reaction to this one," Imtiaz added.

Regarded as one of the finest actors of Hindi cinema courtesy his performances in "Sultan", "Article 15", "Thappad" and "Ram Singh Charlie", Kumud Mishra said "Dr Arora" offers a fresh take on an important issue.

"It is a refreshing take on an important issue that demands more and more conversations around it, as that is the only way it can be normalised. The concept is very different from everything that I have done so far," the actor added.

He said he is happy to team up with Imtiaz and SonyLIV for the second time after "Rockstar" and "Ram Singh Charlie", respectively.