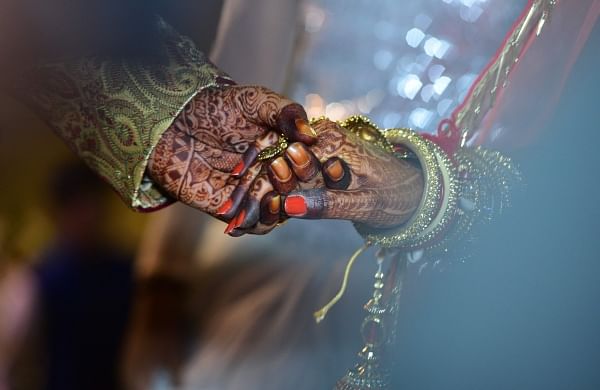 BHOPAL: The Madhya Pradesh government said on Thursday that an FIR would be registered against those organising marriage ceremonies in violation of norms, after a newly-married woman tested positive for coronavirus in Bhopal.

According to the guidelines, a maximum of 25 members from each side - groom and bride - are allowed to attend the wedding in the non-containment zones, but no marriage procession is allowed.

"A new containment zone has been created in Bhopal's Jatkhedi area under the Misrod police station. A marriage procession came here from Satlapur village. Later the bride tested positive for coronavirus," Minister for Health and Home Narottam Mishra told reporters.

35 people who attended this marriage procession have been quarantined, he said.

"More people attended the wedding than allowed, and they used a bus. We have decided today that from now on, people would not be allowed to use a bus in a marriage procession. An FIR will be filed if more people than the prescribed limit attend any wedding," Mishra said.

Only personal vehicles would be allowed at weddings, he added.