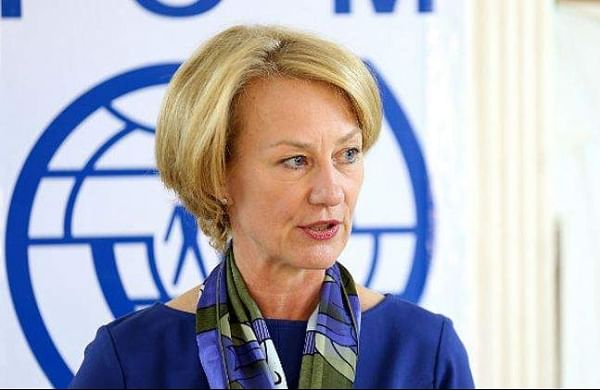 ISLAMABAD: Senior US diplomat Alice Wells on Tuesday sharply criticised the China-Pakistan Economic Corridor (CPEC) saying that the companies blacklisted by the World Bank had got contracts in the multi-billion dollar project.

At a think-tank event, Wells, who is on a four-day visit to Pakistan, said that there was no transparency in CPEC projects financed by China and it has lead to Pakistan's debt burden, The Dawn reported.

The CPEC is a multi-billion dollar development project, with a planned network of roads, railways and energy projects linking China's Xinjiang Uyghur Autonomous Region with Pakistan's strategic Gwadar Port on the Arabian Sea.

During the event, Wells also talked about Pakistan's growing debt problem, saying that the Chinese money for CPEC was not assistance to Islamabad and the loans given to them will later take a heavy toll on its already struggling economy.

The Pakistan Foreign Office, in a statement, said that a range of bilateral issues, including political engagement and economic partnership were discussed between the nations during Well's visit to Pakistan.

Although Wells' visit comes immediately after Foreign Minister Shah Mehmood Qureshi's trip to Washington, her trip had been previously planned centred around talks on Afghanistan, Middle East tension and other bilateral issues.