For trafficked Bangladeshi women in India, returning home not a real option 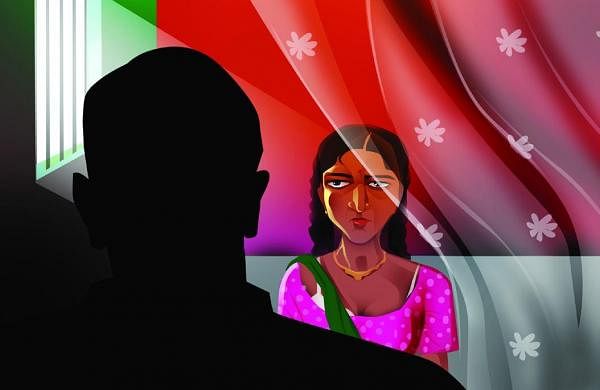 BENGALURU: The narrative of people caught in the web of human trafficking is a sordid saga of exploitation of the vulnerable, who beg, borrow and sell whatever little they have on false assurances of dream merchants, that a better life awaits in an alien land.

They are smuggled across international borders without documents, with the connivance of traffickers, whose network spans countries. The illegal immigrants, once caught in these tentacles, most often succumb to a life they had never wilfully opted for.

“Often, by the time a trafficked woman is identified by law enforcement agencies, she is exploited and deeply absorbed in the flesh trade,” said Talaash Association founder Seema Sharma Diwan. ‘Talaash’, a Bengaluru-based national human rights non-profit organisation, has assisted City police in verifying the nationality of 11 Bangladeshis who were arrested for the gangrape of their compatriot. Following this case, the rescue of 10 illegal women immigrants from Bangladesh in June this year, exposed the chinks in the system, which traffickers use to exploit their victims.

The 10 alleged victims of trafficking --  all women -- were illegally brought to India from Bangladesh by the accused and exploited for flesh trade. They were rescued from different parts of the city, and are lodged in a government home. “They will be repatriated after due legal procedure,” said Diwan. Between 2014 and 2019, Talaash helped police repatriate 300 illegal Bangladeshis from Bengaluru city, Bengaluru Rural, Belagavi and Vijayapura.

“Since last year, 36 illegal immigrants have been repatriated to Bangladesh and 16 are in the process of being repatriated,” she said. Diwan said that according to the victims’ statement, a majority had fallen in the trap of an agent back home, who promises employment in malls, salons, shops etc.

“They crossed the Indo-Bangladesh border without documents. The network of traffickers includes agents, who make Aadhaar cards for illegal immigrants. The women are then moved from state to state by the traffickers to showcase them as new products to their clients. Some victims, who were rescued by police, wanted to return to their families. There are many others who don’t want to get repatriated, largely because of socio-economic reasons,” said Diwan.

She added that it is not just women who are trafficked. “Males are trafficked and paid to keep a watch on trafficked women, and provide logistical help. Illegal immigrants from Bangladesh get mixed up in Indian society mainly because they pass off as natives of West Bengal. They live as couples in apartments, and women are made to entertain clients surreptitiously,” she added. “Women send money home, and looking at the economic improvement of their families, more women in their villages fall prey to traffickers. They don’t know what lies ahead,” she added.

Diwan said that verification and proper assessment of illegal immigrants is important to establish if they are trafficked persons. “There are cases where victims are been found to be traffickers, and genuine victims of trafficking are held as illegal immigrants,” said Diwan.