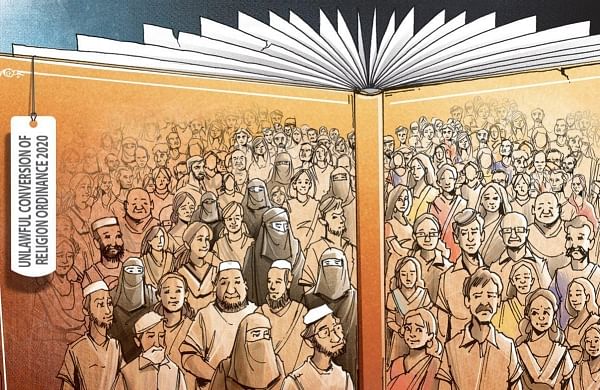 One of the most revered shrines related to the Barelvi sect of Sunni Muslims issued the “fatwa” calling the practice of forcible and fraudulent conversion against the tenet of Islam.

In the decree, the president of Markaz-e-Darul Ifta of Dargah-e-Ala Hazrat, Mufti Musibur Rahman Rajvi, said in the light of the Quran and ‘Shariat’, religious conversion by force or allurement was illegal.

Markaz-e-Darul Ifta president issued the decree in response to some posers by Rashtriya Sunni Ulema Council president Maulana Intezar Ahamad Kadri on the issue of interfaith marriages and conversion.  Kadri had reportedly asked if a Muslim man could religiously convert a non-Muslim girl after marrying her by fraud.

Endorsing the anti-conversion law promulgated by the Uttar Pradesh government, UP Police made the first arrest in the first case lodge under the new ordinance in Bareilly district on late Wednesday evening.

The arrest was made nearly four days after the case was lodged under the newly promulgated ordinance against forced and ‘dishonest’ religious conversions in the state.

Owais Ahmad, 21, who was booked lat Saturday under Section 3/5 of the anti-conversion law and also Section 504 for insulting a person and 506 of IPC for criminal intimidation and harassment of the girl and her family, was arrested following raids at his hideouts.

The arrest was made by a team led by Deoraniya police station in-charge inspector Daya Shanker. A senior police official said the accused was also booked under (IPC sections 363/366 for the elopement of a minor girl in 2019. He said the girl (now adult), was recovered safely later but the accused allegedly kept on mounting pressure on him even after that.

According to the deputy inspector general of police, Bareilly Range, Rajesh Kumar Pandey, the accused was produced in a competent court and sent to jail. The case was lodged at Deoraniya police station of Bareilly on November 28, hours after Uttar Pradesh Governor Anandiben Patel approved the ordinance.
The ordinance has provisions to check religious conversions carried out by “allurement, coercion, force, fraud, or marriage.

The girl’s father Tikaram Rathore of Sharifnagar village had lodged the FIR against the accused of mounting pressure on his daughter to convert to Islam and harassing the entire family, said the police sources.

The complainant had allegedly stated in the FIR that the accused hurled abuses and threatened the family with dire consequences for resisting his moves for the religious conversion of the woman. The police sources claimed that the complainant and the accused were from the same village and the incident had affected
communal harmony in the locality.