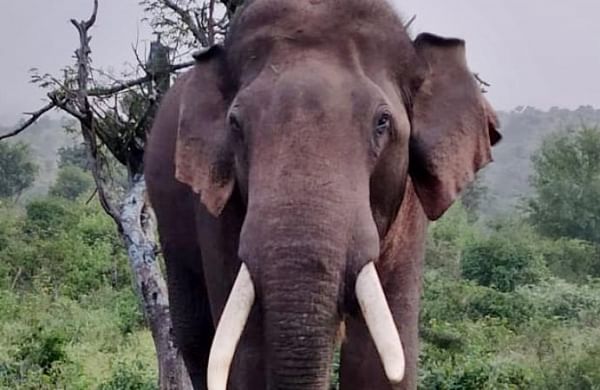 All the three south Bengal districts are near the forests of Jharkhand and Odisha from where herds of elephants come in search of food.

"We have plans to install barriers on the West Bengal side of the elephant corridor bordering Odisha and Jharkhand in the Junglemahal belt to stop damage to life and property by depredating pachyderms coming from those states," a senior forest official told PTI.

In past four-five months, there had been at least 12 incidents of jumbos straying into human habitations in Salboni, Goaltor and Lalgarh.

Trenches, wire fencing and old railway tracks will be used for the barricades, depending on the availability of materials, and location, a senior forest official told PTI.

"Utmost precautions will be taken to avert any wildlife casualty.

"We had recently discussed the issue at a virtual meeting attended by forest officials of states having large population of wild elephants such as Jharkhand, Odisha, Chhattisgarh, Andhra Pradesh and Madhya Pradesh," he said.

Though no time frame was given for erecting the barricades, the official said that once details were finalised about the type of fencing, the Forest Department would commission the project at the earliest for the affected areas in south Bengal.

Few years back, only herds from Dalma forest in Jharkhand used to invade farmlands in West Midnapore, Jhargram and Purulia, but in recent times elephants are also migrating from Odisha, he said.

The Mayurjharna elephant reserve in West Midnapore and Bankura districts is being developed so that pachyderms have enough food and an ideal habitat which will stop them from treading into human settlements, the official said.

At present, the Junglemahal belt in the state is home to over 200 elephants.