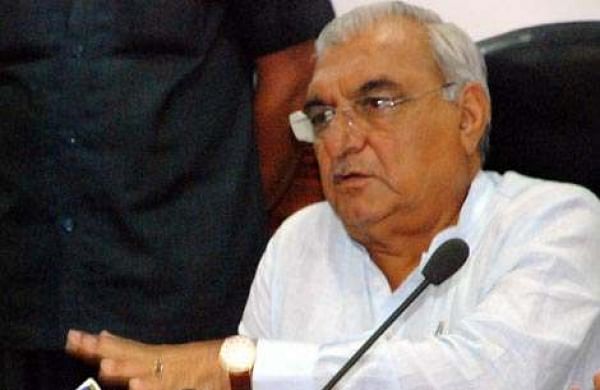 CHANDIGARH: Former Haryana chief minister Bhupinder Singh Hooda on Friday appealed to the people of the state to extend all possible help like food and accommodation to farmers marching towards the national capital as part of a 'Delhi Chalo' march against the Centre's new farm laws.

Carrying flags and shouting slogans, thousands of farmers have gathered at various entry points into the national capital in a determined bid to push their way through while police blocked them with barricades, teargas shells and batons.

"All arrangements for accommodation and food should be made. All possible help should also be extended to the farmers who may need medical help or treatment," Hooda, who is the Leader of the Opposition in the state, said in a statement here.

Clashes broke out at multiple places and Delhi's borders resembled a virtual battle zone with restless crowds of farmers, mostly from Punjab and Haryana, milling around and a sea of police personnel keeping them at bay.

Drones circled the air and plumes of smoke from teargas shells could be seen from far.

Referring to use of water cannons and tear gas against the protesting farmers, Hooda said the BJP-JJP government in Haryana has tried to "suppress a peaceful movement of farmers in a dictatorial manner".

"In a democracy, every citizen and every section of the society has the constitutional right to peaceful demonstration for their demands.

The central government should also leave its stubborn attitude and talk to the farmers and accept their demands at the earliest," he said.

Hooda said the demands of the farmers seeking a repeal of the new farm laws are completely valid, and added that he stands with the farmers in support of these demands.

"New agricultural laws cannot be in the interest of the farmers without the guarantee of MSP," he said.

The senior Congress leader further said the farmers did not trust verbal assurances given by the government, and hence, they were demanding for a law guaranteeing the MSP.

"Farmers doubt the government's intention. They have put these demands before the government from every democratic platform, but the government ignored it. This is the reason farmers were forced to take to the streets to press for their demands in the time of the coronavirus pandemic," he said.

Farmers have been protesting against the Centre's three farm laws and have expressed apprehensions that these would pave the way for dismantling of the minimum support price system, leaving them at the "mercy" of big corporates.

They have been demanding that the new laws be repealed.