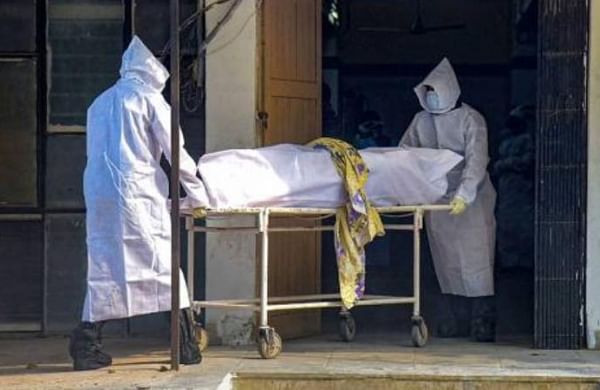 NEW DELHI: A former MLA serving jail sentence in a 1984 anti-Sikh riots case died due to COVID-19 at a hospital here, the second inmate of Mandoli prison to have succumbed to the infection, officials said on Sunday.

Mahender Yadav (70) was a former MLA from Palam constituency.  He was lodged in Jail no.14 of Mandoli prison, where he was undergoing a sentence of 10 years and had been hospitalized on June 26, they said.

Another convict Kanwar Singh, who died last month and had tested positive for coronavirus, was also lodged in Jail no.14. Director General (Prisons) Sandeep Goel said that Yadav complained of uneasiness and some heart-related problems on June 26.

He was taken to DDU hospital, from where he was referred to LNJP hospital the same day and admitted there. Later, on his family's request, he was allowed to be shifted under police guard to a private hospital in Dwarka on June 30.

"We received information that Mahender Yadav expired in Akash hospital on July 4 evening," he added. Yadav was lodged in jail since December 2018, according to officials.

Kanwar Singh died on June 15 in his sleep. A COVID-19 test had turned out to be positive, officials said.