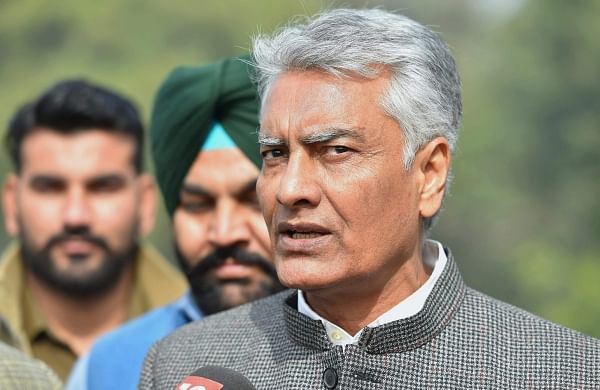 CHANDIGARH: Dubbing the three-day 'Chintan Shivir' (Brainstorming Session) of the Congress which is underway in Rajasthan as a 'farce' former Punjab state Congress president Sunil Jakhar on Saturday announced his decision to quit the grand old party.

The 68-year-old Sunil Jakhar who remained as the Punjab Congress President before being replaced by Navjot Singh Sidhu today went live on Facebook and said goodbye to the party.

Describing the party leaders attending the 'Chintan Shivir' as mere 'Cheer Leaders',  Jakhar said that the Congress workshop was just a formality. He also slammed the party for discussing non-serious issues, which will not help rebuild Congress.

The three-time MLA and one-time MP gave a parting advise to the Gandhi family as he told them that they should know the difference between friends and foes and also between assets and liability.

"You fired a missile of notice at me after listening to these sycophants. The action against me shows what is ailing the Congress party. It was recommended that I be removed from all posts, what posts did I have anyway. If you cannot identify friends or foes, at least identify assets and liabilities,’’ he said.

He blamed senior Congress leader Ambika Soni for misguiding Congress leaders Sonia Gandhi and Rahul Gandhi in not only in Punjab but also in other states. He blamed Soni for her statement on the repercussions of having a Hindu chief minister in Punjab for the disastrous showing of the party in the recent assembly elections.

"Ambika Soni's comments spoiled our chances in polls. Her comments defamed Sikhs and the Hindus of Punjab. I urge Sonia Gandhi  to ask her (Soni) if she knows what Sikhism is,’’ as he accused her of trying to create a rift in the Hindu-Sikh unity.

Further hitting Soni, Jakahr said, "She used to work with Sanjay Gandhi ji and was close to Indira Gandhi ji, but in 1977, she jumped ship and contested from Chandigarh against the Congress candidate.’’

The disgruntled Congress leader also targeted Punjab Congress in-charge Harish Chaudhary, former state in-charge Harish Rawat and Tariq Anwar. "And see who has issued a show-cause notice to me! Tariq Anwar, a man who switched to the NCP demanding that a woman of foreign origin cannot be the PM,’’ he said.

Former Punjab Congress Chief Navjot Singh Sidhu was the first to react as he tweeted, “The congress should not loose #sunilkjakhar …. Is an asset worth his weight in gold …. Any differences can be resolved on the table.’’