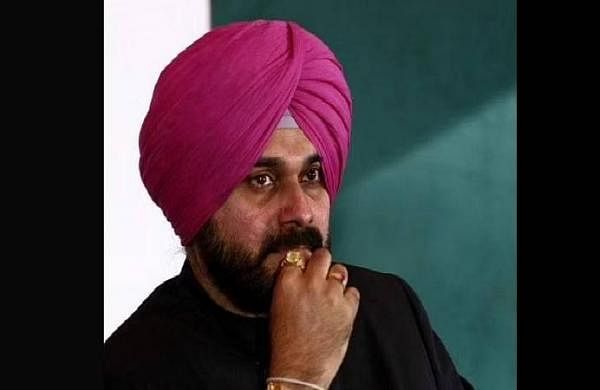 CHANDIGARH: Convicted in a murder case and handed a one-year sentence by the Supreme Court, former Punjab Congress chief Navjot Singh Sidhu alias Sherry is prisoner number 137683 in Barrack 10 in Patiala Central Jail where he shares the cell with 10 other prisoners serving murder sentences.

He skipped dinner last night but had his medicines in the jail. Today he did some meditation and exercised. His arch political rival senior Shiromani Akali Dal's Bikram Majithia is his neighbour in the jail. Majithia is convicted in a drugs case.

Sidhu and Majithia were MLAs and their constituencies were adjacent. Sidhu reached the Patiala Central Jail around 6.15 pm on Friday. The jail authorities allotted him the prisoner number 137683 and lodged him in ward number (barrack) 10 of the jail that has a 12x15 feet cell. The barrack also has around 10 inmates serving murder sentences, police sources said.

Around 7 pm on Friday, he was given dinner as per the Punjab Prisons Manual, which included dal (lentils) and chapatis. However, as Sidhu is on medication and needs a special diet, which should not include wheat flour, so he skipped dinner but had his medicines. He has brought two pairs of clothes and some utensils with him.

Sources said that as per the jail manual, he has been provided with four sets of white kurta-pyjamas, a chair-table, a cupboard, two turbans, a blanket, a bed, three sets of undergarments and a vest, two towels, a mosquito net, a copy and a pen, a pair of shoes, two bedcovers and two pillow covers. Sidhu’s lawyer HPS Verma met him in the jail today and said Sidhu was keeping good health.

Sources said that Sidhu was likely to spend less than eight months in jail if he displayed good conduct. Sidhu can get 48 days remission in the sentence in lieu of working in the jail factory as a convict gets four-day remission per month.

The jail superintendent has the power to remit another 30-day sentence, which is generally given to almost all convicts. The third 60-day remission can come from DG (Jails), which usually comes in exceptional cases and with political consent. Sidhu has a good chance of getting this remission due to his proximity with Chief Minister Bhagwant Mann.