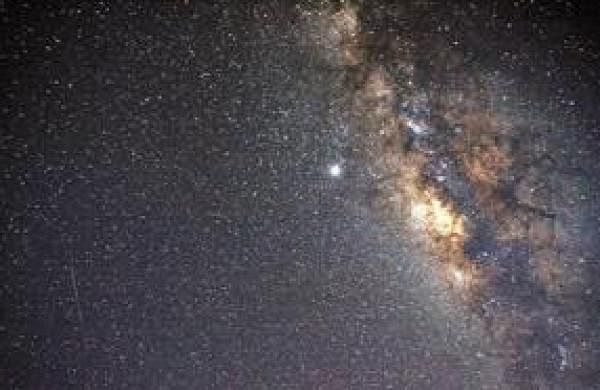 BENGALURU: In what could dramatically change the way astrophysicists look at the birth of the Universe, four Indian scientists, including one from Bengaluru, have challenged the Big Bang theory related to its origin.The theory holds that the Universe was born out of a highly compressed, dense and microscopic point (called singularity) which exploded with a huge force some 13.8 billion years ago, resulting in everything arising from that singularity moving outwards in all directions. From this, all cosmic matter (as we know it today) was formed at different stages through time until now.

The Big Bang theory was based on observation of the ‘red shift’ in the light spectrum. The light wavelength emitted from an astronomical object that is moving away from us exhibits a shift in the light spectrum (VIBGYOR) towards the red end. The Big Bang theory is supported by the understanding that the shift of light towards the red band in the spectrum is continuous and uniform in nature — an indication of all matter (galaxies and all cosmic matter) moving outwards steadily, but at great speed. Working the outward movement backwards, it would mean that it all began from a single starting point in the centre of the Universe (singularity), which is how the Big Bang theory was popularised among astrophysicists.

But now, in a research paper published recently in the prestigious international journal Astronomy & Astrophysics, Prof Sisir Roy from the National Institute of Advanced Studies (NIAS), Bengaluru; Arindam Mal from the Indian Space Research Organisation (ISRO), Ahmedabad; and Sarbani Palit and Ujjwal Bhattacharya from the Indian Statistical Institute (ISI), Kolkata, have revealed findings contrary to the continuous and uniform nature of movement of light towards the red band of light in the spectrum — casting doubts and challenging the Big Bang theory itself.

The researchers have found that the red shift does not occur in a uniform manner, but in recurring stages, what they refer to as periodicity in red shift.“The red shift in astronomical observation is attributed to the expanding model of the universe. One such popular model is the Big Bang model. As the change in wavelength is happening due to the expansion of the universe, the red shifts are supposed to be continuous and uniform in nature. On the contrary, our rigorous analysis of the data from Sloan Digital Sky Survey (SDSS)DR12 showed the existence of periodicity of red shifts of galaxy and quasar,” Prof Roy told TNIE.

The Indian astrophysicists used a technique called singular value decomposition method, as against the standard spectral estimation approach that was used in discovering the uniform red shift that supports Big Bang theory. “The superiority of the singular value decomposition method in analysing red shift periodicity, especially from the point of view of robustness, is demonstrated through the simulations. We took very large data samples and used a statistical method, which is more robust than the method usually dealt with by astronomers,” Prof Roy said.

Interestingly, although this is not the first time that the Big Bang theory has been challenged, the previous challenges were based on much smaller sample sizes. The Steady State Theory, Gravitational Lending Model, Tired Photon Hypothesis, Variable Mass Hypothesis have all challenged the Big Bang theory in the past.“But the problem with each of them was the sample size. The renowned physicist, late Stephen Hawking, and his collaborators had stated that the criticism levelled against the theories challenging the Big Bang is because the samples of red shifts that were analysed were rather small and selected in a heterogeneous manner, which made it hard to assess their significance,” Prof Roy said.

The latest findings by the astrophysicists is also found to be compatible with the Fred Hoyle-Jayant Narlikar variable mass theory which hypothesized that quasars are born in and ejected from the nuclei of parent galaxies as massless objects and the particle masses in them systematically increase with epoch. “Our findings may support some alternate models like Hoyle-Narlikar variable mass theory on the existence of periodicity of red shifts. Their idea is shown to be compatible with the empirical observations on periodicity of red shifts,” Prof Roy said.