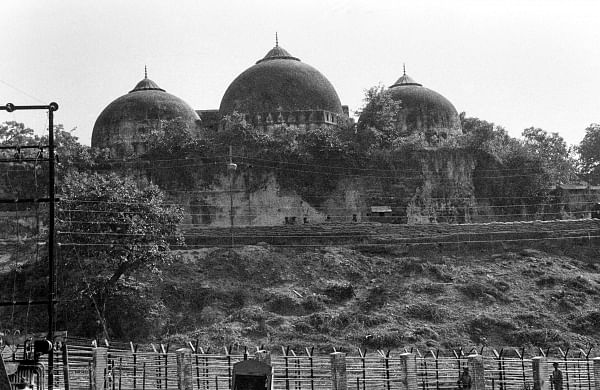 NEW DELHI: Four separate petitions were filed in the Supreme Court on Friday seeking review of its November 9 verdict which cleared the way for construction of a Ram Temple at the disputed site in Ayodhya.

A 5-judge bench, headed by the then Chief Justice Ranjan Gogoi, in a unanimous verdict on November 9 decreed the entire 2.77 acres disputed land in favour of deity 'Ram Lalla' and also directed the Centre to allot a 5-acre plot to Sunni Waqf Board for building a mosque in Ayodhya.

Four separate fresh review petitions have been filed by Maulana Mufti Hasbullah, Mohd Umar, Maulana Mahfoozur Rehman and Mishbahuddin, who were a party to the earlier litigation.

On December 2, the first review petition in the case was filed by Maulana Syed Ash had Rashidi, legal heir of original litigant M Siddiq and Uttar Pradesh President of Jamiat Ulama-e-Hind saying that "complete justice" could only be done by directing reconstruction of Babri Masjid.