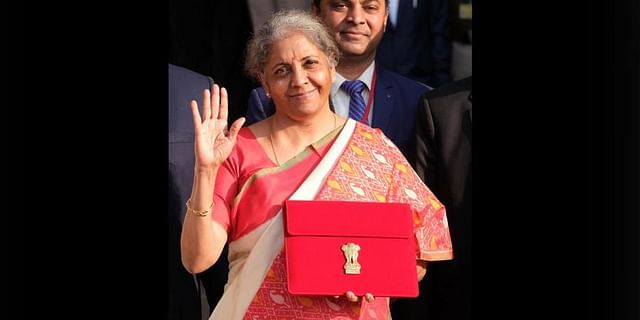 At 11 AM on February 1, 2023, Nirmala Sitharaman will present the fifth “pre-election” Budget of this century. History buffs who keep tabs on trivia will know that Budget speeches were delivered at 5 PM till 1999 when the first “full term” non-Congress NDA government chose to break away from the imperial tradition. Jaswant Singh delivered the “pre-election” Budget speech in 2003; P Chidambaram twice in 2008 and 2013 and Arun Jaitley in 2018.

Each finance minister had a unique style and represented a decisive phase of political and social churn in India. The suave Jaswant Singh was the original choice of Prime Minister Atal Bihari Vajpayee in 1999 when the NDA won a decisive mandate. He was vetoed by the Sangh Parivar. It was only in the fifth year of his term that Vajpayee got his say. When the man who has presented the most consequential Budget (1991) in independent India Dr Manmohan Singh was anointed as the Prime Minister by the UPA chairperson Sonia Gandhi in 2004, P Chidambaram appeared a natural choice. After all, he was credited with presenting a “dream budget” in the 50th year of Indian independence.

Articulate and occasionally abrasive, Chidambaram continues to punch above his electoral and political weight. His successor, Arun Jaitley, too punched way above his political and electoral weight. There were many grumbles and murmurs within the Sangh Parivar when Jaitley was given the finance portfolio (along with defence) despite losing badly to Captain Amarinder Singh (then with the Congress) in the 2014 Lok Sabha elections. But the quintessential “Delhi insider” Jaitley was trusted implicitly by Prime Minister Narendra Modi. His successor Nirmala Sitharaman too is in the cabinet having created a record of sorts by becoming India’s first defence and finance minister.

A lot has changed both politically and economically since Jaswant Singh read the speech in his rich baritone 20 years ago.

In the political arena, the BJP-led NDA has scripted “history” by winning two successive Lok Sabha mandates. There is an even chance Prime Minister Narendra Modi could equal the record set by Jawaharlal Nehru in 2024 by winning a third consecutive mandate. In the economic arena, three factoids signal the significant change and the significance of the change. In 2003; with a GDP of about $ 600 billion, India was the 12th largest economy. It is now the 5th largest economy with a GDP in excess of $ 3.5 trillion. In 2003, India boasted of $ 113 billion in foreign exchange reserves; they currently stand at $ 560 billion despite the depredations and global headwinds of 2022 that seem to have ensured that many developed countries face a recession or a drastic fall in growth in 2023. In 2003, the Sensex was within touching distance of 6,000 having registered a record 73% gain in one calendar year. Despite headwinds, the Sensex has broken through the psychological barrier of 60,000.

Dig a little deeper and even more tectonic shifts are discernible in Indian polity and economy since Jaswant Singh read the first “pre-election” speech of this century. The year 2003 armed the high noon of coalition politics in India after decades of Congress dominance. When Sonia Gandhi-led UPA delivered a shock defeat to the Atal Bihari Vajpayee-led NDA in 2004 and won yet another mandate in 2009, it looked as if coalition politics and governments were becoming a permanent feature. The arrival of Narendra Modi has again tilted the scales. By 2003, personality cults were emerging as a new area of interest and study. By 2023, personality cults have become deeply entrenched. Look at Mamata Banerjee, Naveen Patnaik, Y S R Jagan Mohan Reddy, K Chandrashekar Rao, Pinarayi Vijayan and Arvind Kejriwal and you get the picture. The third most consequential change has been the seemingly terminal decline of the Congress and the remarkable resilience and ability of regional parties to withstand the onslaught of the BJP juggernaut.

When it comes to the economy too, there have been tectonic shifts. Despite implementation glitches and snafus, the GST regime is creating a unified national market. The first baby steps were taken in 2003. The digital revolution is changing the Indian economy in a manner that even experts cannot foresee. Jaswant Singh, for sure, did not see it back in 2003. Then again, after decades of empty rhetoric surrounding “Garibi Hatao”, both the UPA and NDA governments have had spectacular success in reducing poverty. Budgets have played a role in this, as part of overall economic policies and measures. But arguably the most consequential change has been the emphasis on “welfare” schemes designed for the poor. In a manner of speaking, P Chidambaram set the ball rolling in his 2008 “pre-election” Budget speech by announcing a Rs 60,000 crore farm loan waiver. Today, “welfare” has become an integral part of fiscal and monetary policies. Massive increases in tax revenues have enabled finance ministers to play Santa Klaus. When Jaswant Singh read his Budget speech in 2003, total tax revenues were Rs 254,438 crores. As Nirmala Sitharaman gets ready to read her 2023 Budget speech, total tax revenues promise to cross Rs 30 Lakh crores.

In subsequent write-ups in this pre-budget series, the author will explore the similarities and differences in the four “pre-election” budget speeches of this century.  (THE NEW INDIAN EXPRESS)