Frustrating when person is visible only under the ethnicity umbrella: Northeast actor Andrea 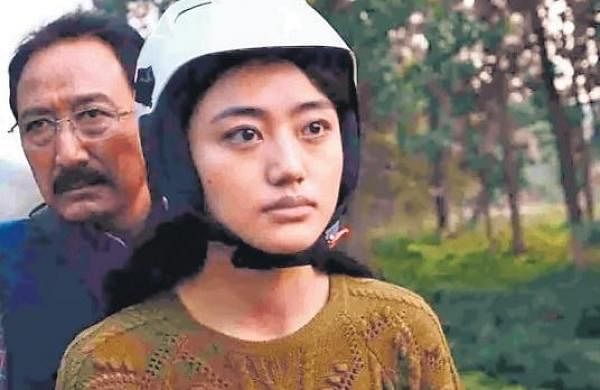 "I thought I was putting my best foot forward but turns out I also managed to pack a punch, literally," says Andrea Kevichusa, who plays a boxer in her debut Bollywood film, 'Anek'. Although the movie got
a tepid response at the box office, the 21-year-old from Nagaland stood out as Aido, the hungry-to-win boxing champion, in the action-thriller set against the geopolitical backdrop of Northeast India.

Andrea, however, is no stranger to the spotlight. An established model, who’s walked the runway for designers such as Sabyasachi Mukherjee, Manish Malhotra, Anamika Khanna and Namrata Soni, she strutted the ramp at the North East India Festival held in Bangkok last month.

Andrea, who’s being hailed as the first female lead from the Northeast in a mainstream Hindi film, received a warm welcome into the industry by several Bollywood actors such as Tapsee Pannu, Bhumi Pednekar, Neena Gupta, as well as her Anek co-star Ayushmann Khurrana.

She’s delighted that Bollywood, long criticised for its lack of representation from the region, is filling up the gap. Despite this, does the constant focus of the media on her roots irk her? “I am proud of my ethnicity, but it can be frustrating when a person is visible only under that one umbrella. Oftentimes, people are unable to separate my background and my personality. But I take these things with a grain of salt since I am still proud to be representing my roots,” she says.

The Kohima girl believes she is only taking forward the legacy of actors such as Danny Denzongpa, Seema Biswas, Adil Hussain and Patraleka Paul, who have brought pride to the region with their work. As a teenager, Andrea dreamt of pursuing medicine to serve her state, but soon after she finished high school in Kohima three years ago, she moved to Mumbai to pursue modelling.

“One day, my casting agent told me that director Anubhav Sinha wanted to meet me for a story discussion, that too, for the role of a boxer. I was initially taken aback as I had no experience working in the movies. But who says no to Sinha, who has made movies such as 'Thappad'? So I grabbed the offer,” she says. Andrea underwent acting workshops and boxing classes alongside doing weight training.

“The film has quite a bit of action in it, so we had to make the fights look as real as possible. Besides that, I also worked on my Hindi and learnt how to ride a bike,” shares the young actor, who enjoys watching films and listening to true-crime podcasts during her free time. The rising star sure has Anek sides to herself.