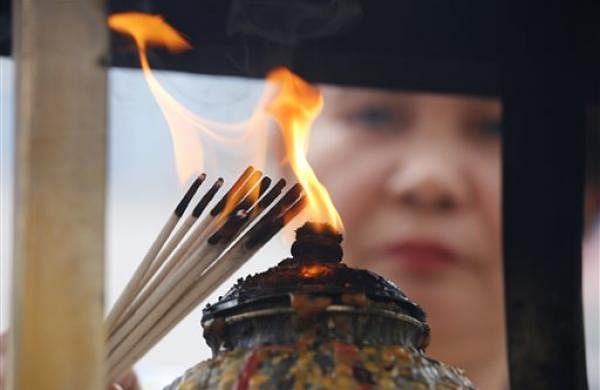 "The proposal was submitted to the Ministry of MSME for approval last month. The pilot project will be launched soon and on full-fledged implementation of the project, thousands of jobs will be created in the agarbatti industry," the ministry said.

The programme aims at handholding artisans and supporting the local agarbatti industry. The current consumption of agarbatti in the country is approximately 1,490 MT per day but local production is just 760 MT.

There is a huge gap between the demand and the supply and hence, immense scope for job creation, said the ministry.

Under the scheme, KVIC will provide automatic agarbatti making machines and powder mixing machines to the artisans through the successful private agarbatti manufacturers who will sign the agreement as business partners.

KVIC has decided to procure only locally-made machines by Indian manufacturers.

The Centre earlier took two major decisions by placing the agarbatti item from free trade to 'restricted' trade in the import policy and enhancing the import duty from 10 per cent to 25 per cent on 'round bamboo sticks' used for manufacturing of agarbatti for the benefit of the domestic industry.

"In order to encash the huge employment generation opportunity, the KVIC designed a programme namely 'Khadi Agarbatti Aatmanirbhar Mission' and submitted to the Ministry of MSME for approval, Saxena said.

KVIC will provide 25 per cent subsidy on the cost of the machines and recover the remaining 75 per cent of the cost from the artisans in easy instalments every month.

Under the scheme, the business partner will provide raw material to artisans for making agarbatti and pay them wages on job work basis.

The wages to the artisans will be provided by the business partners on weekly basis directly in their accounts through direct benefit transfer only.