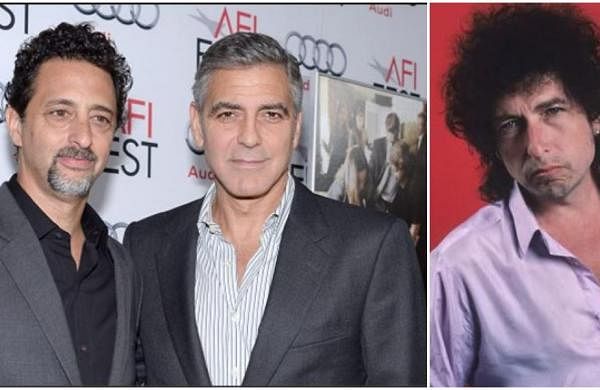 LOS ANGELES: Hollywood star George Clooney and his producing partner Grant Heslov are collaborating with music legend Bob Dylan for the adaptation of John Grisham's "Calico Joe". Clooney, known for movies such as "Michael Clayton", "Ocean" series, "Syriana", Up in the Air" and "The Descendants", will direct the movie.

The 59-year-old actor and Heslov will also produce under their Smokehouse Pictures banner alongside Bob Dylan's Grey Water Park Productions, reported Variety. Grisham's baseball-themed book, published in 2012, is set in the world of Major League Baseball and chronicles a moving story about fathers and sons, forgiveness and redemption.

It follows the aftermath of a near-fatal pitch and how it affected the lives of the batter, the titular character, and the pitcher as well as the pitcher's son. "George and Grant see in this book what I see in it; a powerful story that will resonate with young and old alike. People in all walks of life will be able relate to it," Dylan in a statement.

The development of the project is being financed by ZQ Entertainment, a newly-launched company from producer Ara Keshishian and a multi-million dollar financing and development fund managed by Petr Jakl and represented by attorney Martin J. Barab.

The fund is focusing on developing "high-end film and television" projects. "Calico Joe" will be executive produced by Jakl, Keshishian and Barab.